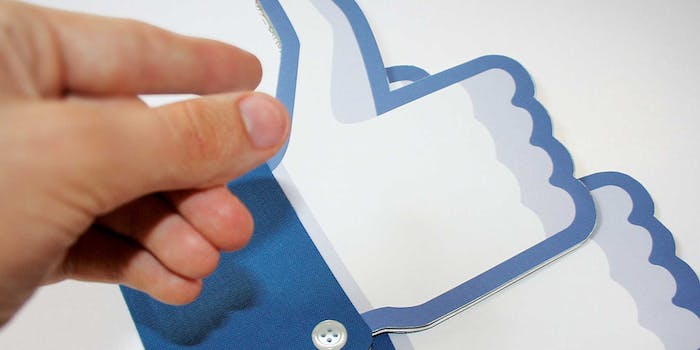 This time, Facebook is going to ask if you want to participate in an experiment! And pay you!

Facebook is getting ready to do another study. But this time, rather than experiment on unwitting social network users and then awkwardly apologize afterward, the company is actually taking the time to ask for volunteers—in this case, volunteers who have fallen for one of Facebook’s attempts at beating Snapchat at its own game, called Slingshot.

“Calling all Slingshot fans! Join our hand-picked group working to make the app more awesome,” reads a new blog post on the app’s official site. In order to be considered for the study you’ll need to apply and be chosen to participate, but those who make it through the process will be rewarded with “at least $200” at the end of the three month exercise.

The questions standing between you and a spot on the Slingshot study are mostly related to how much you use the app. You’ll have to reveal how often you send photos and/or videos, how many people you communicate with on average, and what other social apps you use.

Participants will need to devote “about 1-2 hours per week” to the study over the three month duration, which doesn’t sound very taxing. Since the initial survey notes that the research is designed to improve the overall Slingshot experience, it’s safe to assume that weekly time will be spent offering feedback on new features or testing app functionality.

Remember, this is the second time Facebook has put out a Snapchat clone. The first attempt, Poke, was a famous failure on all fronts, and it appears the company is doing what it can to prevent history from repeating itself.