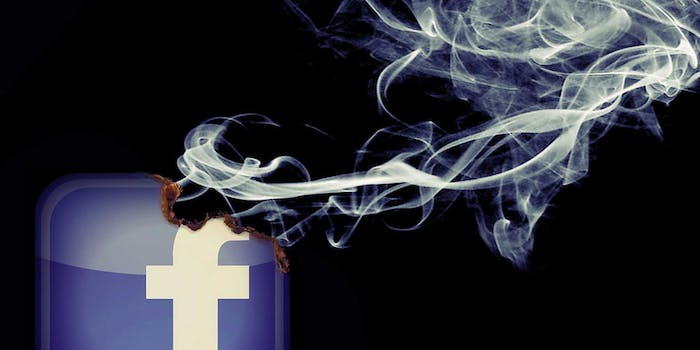 This is equivalent to saying "I'm sorry you feel that way."

By now you already know all about how Facebook manipulated the News Feeds of roughly 700,000 users in an attempt to see if it could affect their emotional state simply by controlling what updates they saw. When users were finally made aware of the experiment, people were understandably miffed at Mark Zuckerberg and his team. But now, as so often happens once the public turns on a company, Facebook is showing that it’s kinda, sorta, somewhat sorry about how the entire situation unfolded. Maybe.

The first Facebook executive to comment on the matter since it exploded earlier this week is  Facebook COO Sheryl Sandberg, speaking publicly while on a trip to New Delhi. “This was part of ongoing research companies do to test different products, and that was what it was; it was poorly communicated,” she said, adding “And for that communication we apologize. We never meant to upset you.”

Facebook never meant to upset us? That’s interesting, since the entire point of the experiment was to figure out if Facebook could upset us. As it turns out, the study in question showed that Facebook users can indeed experience what the researchers termed “emotional contagion,” or, in normal-speak, reading emotional posts on Facebook can make you feel more emotional. So for Facebook to say it didn’t want to upset anyone is, um, not true.

On Tuesday the study’s co-author, Adam Kramer, posted a lengthy explanation of how the study came to be and promised that the overall manipulation of posts only affected 1 in every 2,500 users. Furthermore, Kramer noted that no posts were ever hidden, but that for the chosen users, the chances of an “emotional” post appearing on the News Feed was decreased.

Unfortunately for Facebook, the company is now dealing with an emotion it clearly didn’t see coming: rage, from users who feel that their trust has been violated for the sake of science.