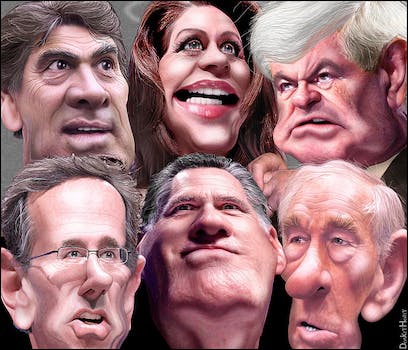 Three weeks after our initial look into the matter, support for Newt Gingrich has only grown on the social network, while Herman Cain’s momentum rolled to a slow stop.

Gingrich has gained almost 48,000 Likes in the last three weeks, far more than any other Republican candidate during that time period. That spike roughly correlates with a recent poll by Real Clear Politics, which showed the former Speaker of the House at 27 percent.

Behind Gingrich, Romney gained the second largest boost in the last three weeks, rallying 33,461 Likes for a total of 1,207,004 Facebook supporters, while Ron Paul closely followed with 30,000 new friends. Support for Cain, continued to trickle in, with 25,000 new Likes, but that support appears to have halted after he left the race this past weekend after numerous allegations of sexual harassment,

All of the GOP contenders have been active on Facebook, posting messages and videos on their pages almost daily. Even Cain was still adding to his wall on Monday, two days after he left the race. Some, however, are trying to distinguish themselves by focusing on specific states and creating Facebook pages that reflect that.

Perhaps inspired by his social media-savvy daughters, Jon Huntsman has a page for supporters in New Hampshire.  The same goes for Rick Perry, who has established pages for all four early primary and caucus states. However, neither candidate has seen much of a boost from the specific pages or in general, garnering around 4,000 and 790 new Likes, respectively, in the last three weeks.

Interestingly, Michele Bachmann actually lost fans on Facebook, a total of about 250 supporters. That could be related to a recent video from a town hall event at Pizza Ranch in Waverly, Iowa in which the Tea Party congresswoman told supporters that all couples had the same rights to marry—so long as they were “marrying someone of the opposite sex.” The video was shared heavily across social media and has been view more than 370,000 times.