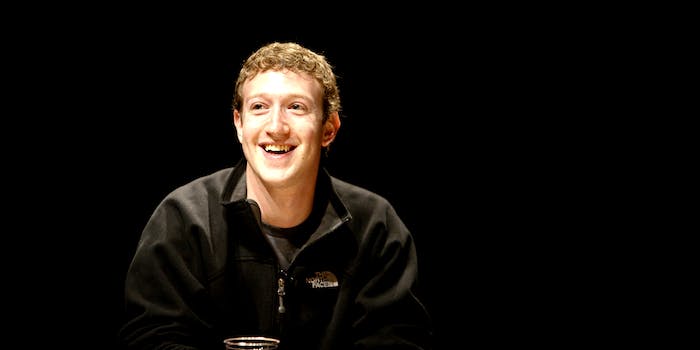 Facebook is just weeks away from obtaining regulatory approval for an e-money service that would allow its users to pay and receive money on its platform.

According to the Financial Times, the project is being led by Sean Ryan, Facebook’s vice president of platform partnerships, in an attempt to muscle into the financial services industry.

If approval is granted by Ireland’s central bank, Facebook would be able to issue units of monetary value to its users.

If this all sounds a bit familiar, that’s because it is. In 2009, the social network introduced Facebook Credits, a virtual currency that allowed purchases of games and other apps on the Facebook platform. It was widely anticipated that Facebook would expand Credits into a fully fledged money transfer platform, but the project fizzled out as Facebook focused on consolidating its advertising revenue ahead of its IPO.

Perhaps it has been the emergence over past few years of a number of startups challenging the traditional banking monopoly that has finally spurred Facebook into action. The Financial Times claims that Facebook has discussed potential partnerships with three of the major international money transfer newcomers: TransferWise, Moni Technologies, and Azimo. Facebook also reportedly offered Azimo $10 million to recruit one of the company’s cofounders for the project.

A spokesperson for Azimo told the Daily Dot the company was “surprised” by the Financial Times’ claims.

The sudden return to the online payments space may also have been propelled by Facebook’s continued growth in emerging markets such as India, which accounts for 100 million users. Migrant remittance—the transfer of money by foreign workers to their home country—is big business. Last year  $404 billion was transferred back to India alone. If Facebook can leverage its user base to corner a part of the the remittance market, it would be a valuable foothold for offering more financial services for those who are currently outside the mainstream banking system.

Mark Zuckerberg has long seen his company as a “social utility,” and this current move seems proof that he’s determined to cement Facebook further as a ubiquitous part of everyday life. Whether people trust Facebook to handle their money is another matter.