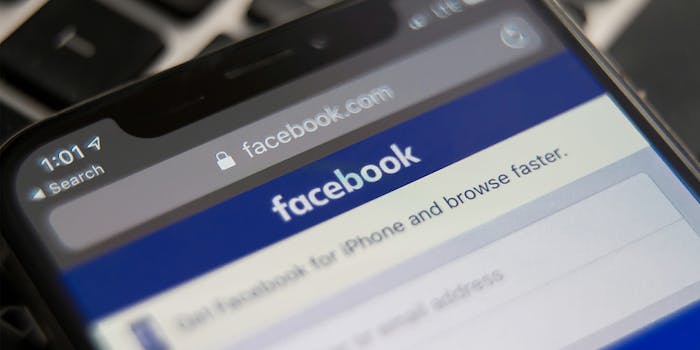 Facebook moderators reportedly rely on guns, drugs, and sex to cope with job

A growing number of Facebook moderators are relying on drugs, sex, dark humor, and firearms at their workplace in order to cope with the difficulties of their job, according to an investigative report from the Verge.

Employees at Arizona-based Cognizant, a company that provides moderation services for Facebook, said the daily onslaught of graphic content, including videos of murder and bestiality, has left them with severe mental health issues.

The moderators argue that although they knew the job would surround disturbing content, Cognizant has failed to adequately help them deal with the mental fallout.

One worker, who opted to go by the pseudonym Chloe, detailed how in a training session she was subjected to footage of a young man being stabbed “dozens of times, while he screams and begs for his life.” After leaving the training mid-session, Chloe said, none of the company’s higher-ups attempted to help her as she cried and found herself struggling to breathe.

Chloe said after meeting with an onsite counselor, she was told that she had had a panic attack but that she “could probably still do the job.”

“[Employees] are pressured not to discuss the emotional toll that their job takes on them, even with loved ones, leading to increased feelings of isolation and anxiety,” the Verge reports.

The environment has led some employees to frequently tell “dark jokes about committing suicide” while others “smoke weed during breaks to numb their emotions.” Others have had sex “inside stairwells and a room reserved for lactating mothers.”

Aside from the mental trauma, some employees also admitted that they have begun to believe certain conspiracy theories that are regularly flagged for removal from Facebook.

“One auditor walks the floor promoting the idea that the Earth is flat,” the Verge reports. “A former employee told me he has begun to question certain aspects of the Holocaust.”

Compounding the issue, moderators make just $28,800 per year as contractors. The average salary for a Facebook employee is $240,000.

Cognizant reportedly offered the Verge a tour of its offices after learning of the planned article and disputed that employees were regularly faced with graphic content.

“There’s this perception that we’re bombarded by these graphic images and content all the time, when in fact the opposite is the truth,” said Brad, a policy manager with two years at Cognizant. When questioned about the risk of workers acquiring PTSD, a counselor argued that employees could become stronger from the job.

The stories from the moderators at Cognizant are unfortunately not new. A former Facebook moderator sued the social media site just last year after she said the job gave her PTSD.

Read the full report at the Verge.