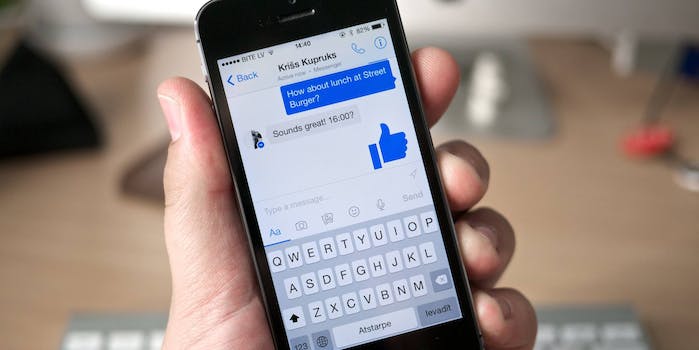 Bots on Facebook Messenger are about to turn into cash registers. On Monday, the social network announced it is giving the chat bots the ability to accept payment through the messaging platform.

The new feature will allow companies to sell products and services directly to customers through Messenger with the entire transaction taking place within a Messenger chat box. The credit card information that users have already handed over to Facebook or Messenger will be used to make the purchases.

Facebook is reportedly working with major financial entities including PayPal, Stripe, Visa, MasterCard, American Express, and others to build out the payments feature.

The addition of payment processing is the latest expansion to Messenger, which Facebook turned into a platform earlier this year with the intention of giving businesses the ability to engage with more customers through chat bots.

Users may find themselves in the middle of these potential transaction-based conversations thanks to another new feature added to the latest version of the Messenger platform: the ability to make news feed ads launch conversations. When a user clicks an advertisement, they can now be sent to a Messenger conversation with the company rather than a new page to view the content.

The new feature will expand Messenger’s current ability to process payments, which exists primarily to facilitate exchange of cash between users, a la Venmo.

According to the company, there have been more than 30,000 bots built and more than 34,000 developers taking part in the platform. There are more than one billion active monthly users on Facebook Messenger—thanks in no small part from efforts to force users onto the platform.