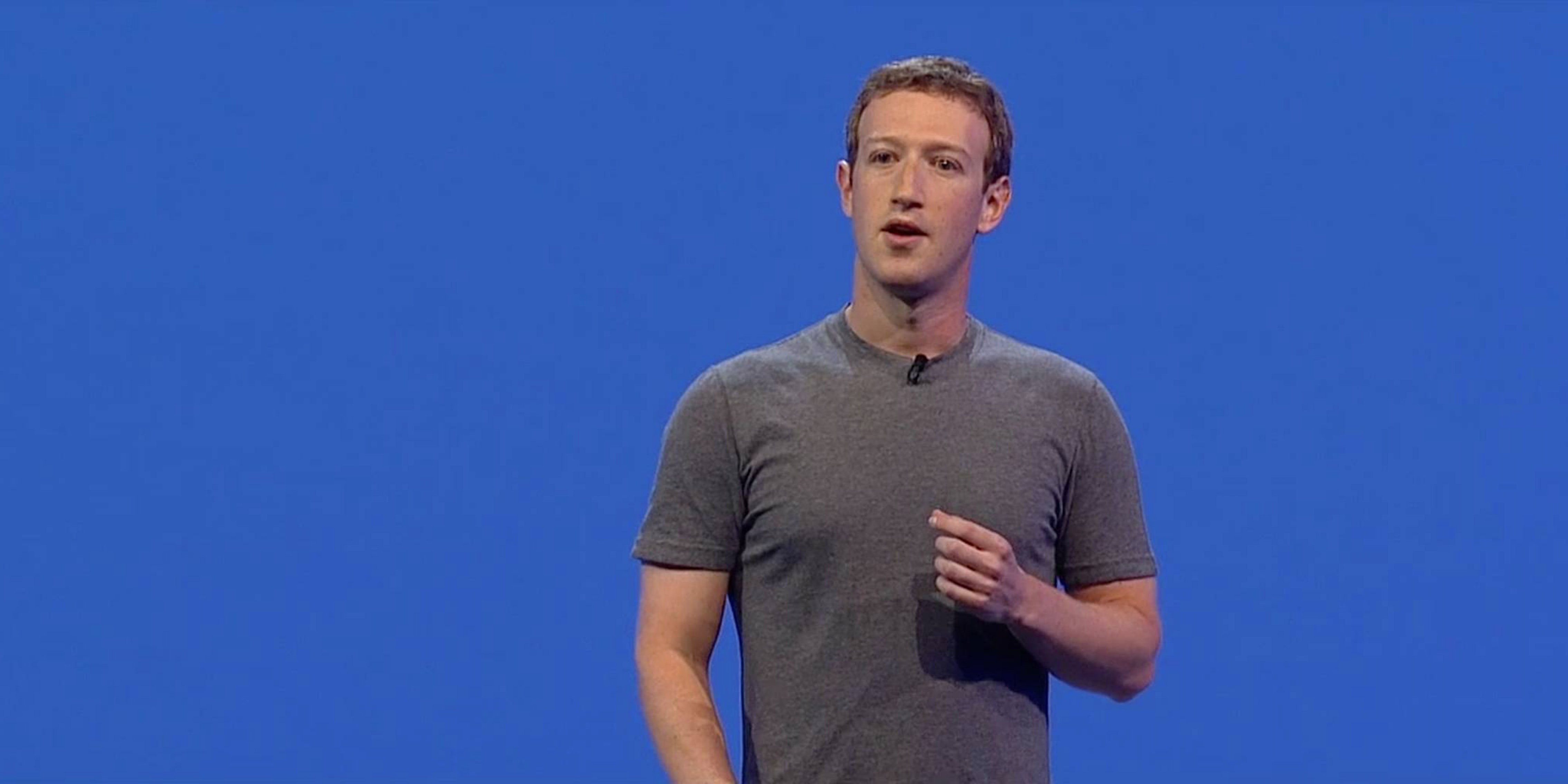 The latest company to want people to talk to bots.

Soon we’ll be chatting with virtual robots on Messenger, if Facebook gets its way.

At the company’s annual F8 developer conference on Tuesday, Facebook unveiled plans to get people to connect with bots via the messaging platform with over 900 million users. Bots to chat with customer service, news organizations, businesses, and apps are all on the table.

“I’ve never met anyone who likes calling a business,” CEO Mark Zuckerberg said. “No one wants to have to install a new app for every service or business they want to interact with. We believe there’s got to be a better way to do this.”

Zuckerberg demonstrated a CNN bot on stage at F8. With the news bot, people can get daily news delivered directly to Messenger, with the ability to choose to read a news summary, or tell the bot whether or not they find specific information interesting. The bot will learn users’ preferences and only send news that each user is interested in.

“It also makes the product a more central part of people’s daily lives.”

Zuckerberg also demoed an online order for 1800 Flowers, directly through Messenger. Other bots include a personal shopping assistant through Spring that lets users shop from within Messenger, and weather app Poncho that sends weather updates when you want them.

However, people are already running into issues chatting with the bots—it’s not as easy or helpful as the bot utopia we were promised, in fact, it appears to be just as difficult as any other form of customer service.

When I asked Seth Rosenberg, product manager at Messenger, about the awkward and unfortunate first encounters, he was quick to remind me bots are a work in progress.

“This is a beta platform launch, we’re definitely learning what the best experiences are,” Rosenberg said. “But we also wanted to make this as generic as possible to give developers control of how to build their experiences. So naturally there’s going to be some experimentation process, and we’re okay with that.”

Facebook’s announcement comes on the heels of Microsoft unveiling plans to deeply integrate bots into Skype.

The push for companies to introduce bots in the messaging services we use every day is a move to make people spend more time on these platforms. With customer service, flight booking, ticket purchases, and other experiences built right in Messenger, you’ll never have to leave Facebook.

“People love to interact with businesses inside of Messenger,” Messenger head David Marcus said on Tuesday. “It also makes the product a more central part of people’s daily lives.”

Bots and businesses will anchor Messenger.

Users must opt-in to conversations with bots, and there are privacy controls like blocking that enable users to disconnect from bot experiences if they don’t like them. Facebook retains the message history in the same way it does any other chat.

To prevent an issue like Microsoft’s rogue teen bot Tay, Facebook’s content policies must be applied to bots, too. Theoretically, if users began to train the bot on offensive behavior, it would get booted off the platform.

According to Facebook, users will choose Messenger over other traditional customer service apps and sites because they are already accustomed to using Messenger to connect with people. It’s a natural transition to chat with businesses.

“For the same kind of subtle but important reasons why Messenger is better for talking to your friends—you can multitask, you don’t need to respond right away, and it’s on your phone and it’s expressive—those same benefits apply to businesses,” Rosenberg said.

Facebook is taking the app beyond chatting with friends, instead trying to make it a crucial part of how we get news, shop, book plane tickets, and even figure out what the weather will be. One app enables you to interact with the people, places, apps, and businesses that would otherwise take up real estate on your device.

Facebook also introduced Messenger Platform, a tool for developers to build bots into their applications. Like Microsoft’s bot-building framework, Facebook’s, too, is democratizing bot making. Now any app can engage with people in Messenger through bots.

You can find bots available for chatting in the search bar within Messenger. Imperson is one of the initial partners launching Facebook bots. The company has been working on Facebook Messenger for over a year to create chatbot personas that reflect certain movie characters for Disney and Universal.

The idea being that fans can chat with Miss Piggy and Doc Brown right in Messenger, as if the characters are real.

Facebook is making Messenger an app that can do basically everything.

“Building assistant bots with Messenger isn’t the challenging part for us,” Eyal Pfeifel, CTO of Imperson, said in an email. “While we were building the Miss Piggy and Doc Brown chat personas for Messenger, one of our biggest challenges was making sure that the tone and personality of the two characters were consistent. We worked incredibly closely with the writers for the show and movie to develop the characters, the things they would say, what they would reference, and how they engaged with audiences.”

Facebook’s send and receive API is probably enough for most developers building bots to chat or sell things, but for people who want to build self-learning bots, Facebook rolled out Bot Engine, a tool developed internally as part of M, its AI assistant that uses both artificial intelligence and human customer service agents. Developers can access it through wit.ai.

Imperson is using the Facebook for Messenger APIs and its own Conversation Engine technology—the bots don’t require the machine learning power you can get through wit.ai. The company is looking into more avenues for deploying the bots, not just on Messenger.

Recently, bots have been enjoying newfound fame in the tech world, despite existing for decades. We have charming Twitter bots taking over our timelines, automated chat services like Facebook’s M, and Siri, Cortana, and Google Now are becoming more like digital personal assistants than just advanced voice search apps.

So what’s the point of all these bots? Beyond new ways of interacting with people on Twitter, bots augment our online behavior.

Theoretically, bots combat app fatigue; the idea that we’re getting tired of downloading and using so many apps that don’t improve the experience we would have with similar services on the web. Instead, bots can deliver an enhanced experience without requiring everyone to download more stuff and bloat phones with apps that don’t do much.

The move is smart for Facebook. The company’s multi-app strategy is mostly failing. Creative Labs, the organization inside Facebook that built a number of its lackluster apps like Rooms and Riff, shuttered last year. And the company can’t seem to have any luck replicating popular apps like Snapchat—it tried to clone its features multiple times—so it’s introducing similar features into Messenger instead, and partnering with businesses to make Messenger an app that can do basically everything.

The tech is available—we saw it on stage on Tuesday, and developers are excited. The unknown piece, for now, is how businesses will convince consumers to change their behaviors and use bots via Messenger instead of downloading apps or visiting a company’s website to buy, book, or browse for things.