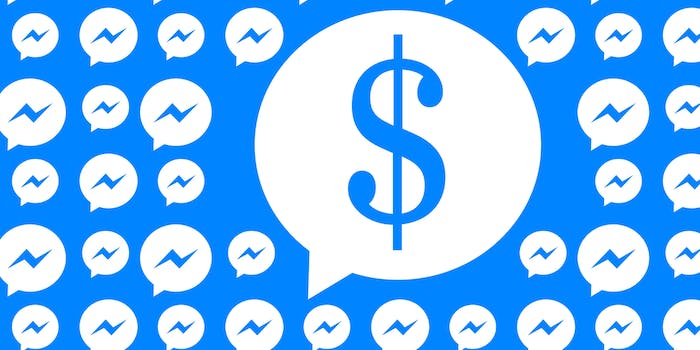 It was only a matter of time before Facebook made its way into your pocketbook. Today the company announced a way to pay your friends through Facebook Messenger by linking your debit card to Facebook.

To send money to your friends, you simply tap the “$” icon and link your Visa or Mastercard payment option. Money is deposited directly into your account through a debit card transaction. 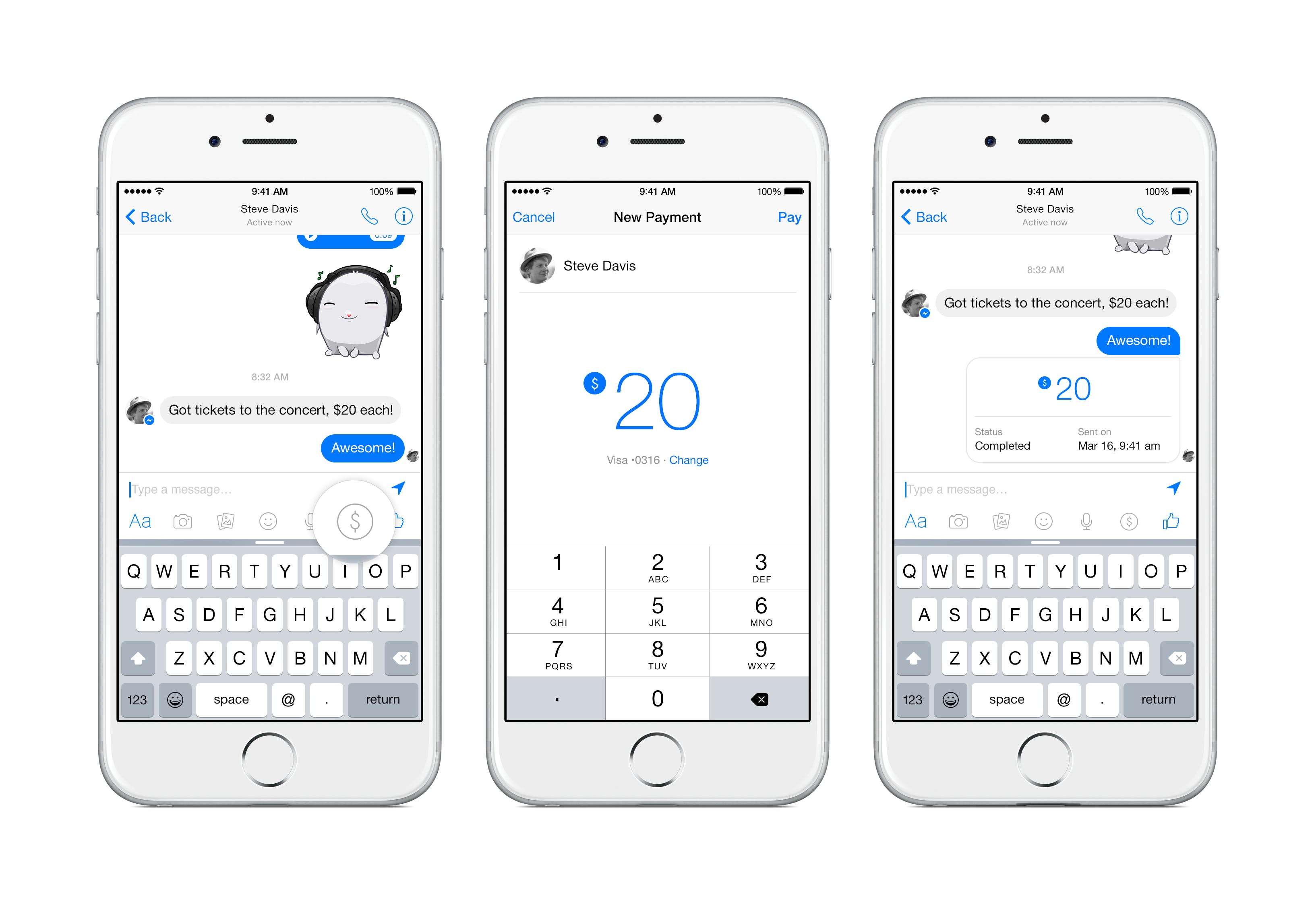 The ability to send money through Messenger was in the works for a while, and screenshots of the feature reportedly leaked last fall. When PayPal’s David Marcus joined Facebook to run Messenger in June 2014, it was widely speculated the company would swiftly join the growing mobile payments market.

Now Facebook will compete with the likes of Venmo and Snapchat, two services that let you pay your friends in a social way. While PayPal-owned Venmo is a straightforward transactional service that lets you write public notes about why you’re paying friends and uses Facebook’s social graph, Snapchat’s payment service Snapcash is a lot more like Facebook’s: Sending money through a mobile messenger.

It will be easy to send money to your friends, but to do so, you’ll have to trust Facebook with your debit card. There’s already some unease surrounding how much data Facebook collects about you; it knows your name, location, what your face looks like, and a number of other personal details that build out a comprehensive profile. Adding a bank account to the mix only puts you further into the Facebook ecosystem, giving the company even more of your data.

When Facebook rolled out a donate button in 2013 that let users give money directly to nonprofits, concerns about Facebook keeping payment information on file prevented some people from using the service. But the company has since introduced other payment features, including testing a “buy” button.

In a blog post announcing the new feature, Facebook stressed the security of the system, and said that since it’s been handling advertisers’ money for so long, it will be just as good at handling your personal financial details. The new feature is rolling out in the “coming months,” in the U.S. on iOS, Android, and the Web.