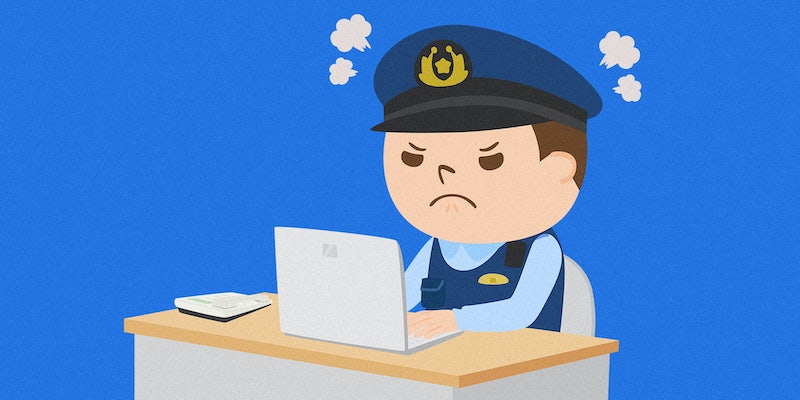 It's unclear if the LAPD is actually doing it.

Facebook is warning the Los Angeles Police Department (LAPD) that using fake accounts on the platform to surveil people is against its policies and that if it is doing so, it needs to stop.

Earlier this week, the Guardian reported that the LAPD tried social media surveillance software from Voyager Labs, which allowed them to collect vast amounts of data and monitor people. In its pitch to the LAPD, the news outlet reported, Voyager Labs suggested tools that helped police use fake social media profiles to surveil people.

An LAPD spokesperson told the Guardian it was not currently using tools from Voyager Labs. Documents showed that its trial ended in November 2019, but that the department continued to use some of the technology after their trial period.

The documents were provided to the Guardian by the Brennan Center of Justice.

In a letter sent to LAPD Chief Michel Moore last week, Facebook, which recently rebranded as Meta, told the department that using fake accounts violated its terms of service and demanded that they cease “all activities on Facebook that involve the use of fake accounts, impersonation of others, and collection of data for surveillance purposes.”

“We regard the above activity as a breach of Facebook’s terms and policies, and as such, we will disable any fake accounts that we identify and take action against third-party vendor conduct that violates our terms,” Austin Jr. wrote. “In closing, the LAPD, its members, and any others acting on its behalf should immediately cease all activities on Facebook that involve impersonation or that otherwise violate our policies.”

Earlier this year the Brennan Center released documents that showed the LAPD had been collecting social media information from people they interview, regardless of whether they were a suspect, for years. The documents showed that the department believed that adding social media information to its “field interview reports” would be “highly beneficial to investigations.”

Critics said at the time that access to a person’s social media account allowed officers to surveil their friends and interactions online.