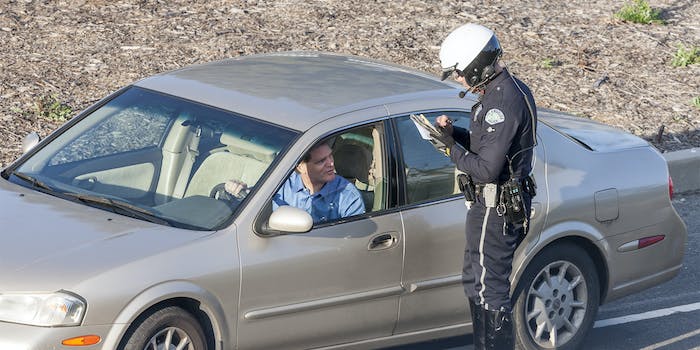 Documents reveal the scope of the surveillance.

Los Angeles Police Department (LAPD) officers have collected social media information from people they interview—whether or not they are a suspect—for years, according to documents recently published.

The Brennan Center for Justice released the documents after receiving them through a public records request.

In a 2015 memo about “Field Interview Reports,” Police Chief Charlie Beck outlined how social media handles on Twitter, Facebook, and Instagram were “similar to a nickname or an alias” and that collecting those handles could be “highly beneficial to investigations.”

That memo added that the Field Interview Report form would now include a space for officers to write in people’s social media handles and e-mail account information.

As Rachel Levinson-Waldman, a deputy director at the Brennan Center, told the Guardian, access to a person’s social media accounts allows officers to surveil their friends and interactions online.

“It allows for a huge expansion of network surveillance,” Levinson-Waldman told the news outlet.

An LAPD spokesperson told the Guardian that the “field interview reports” cards were “being updated” but decided to elaborate on what that meant.

Further LAPD documents published by the Brennan Center showed that officers were instructed not to use their personal accounts when viewing social media handles that were part of investigations. That 2018 memo also noted that it was “vital that officers preserve the accounts as soon as possible during their preliminary investigation.”

You can read all of the Guardian’s report here.