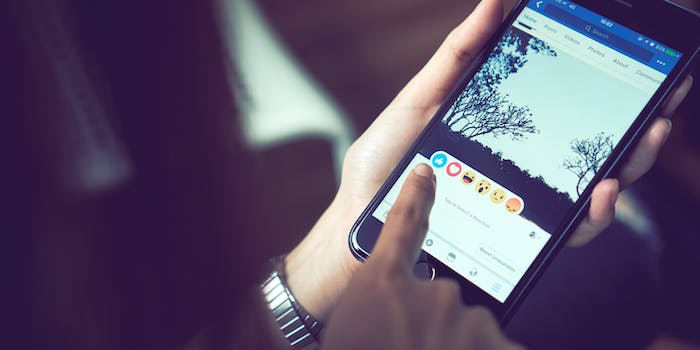 The social media company has started hiding likes for Australian users and is eyeing a wider rollout.

Where have all the likes gone? As of last Friday, Facebook is hiding likes, CNET reports. The test, which was rolled out in Australia, makes views and likes visible only to a post’s author.

This week, the social media giant has expanded the test, and soon, the majority of Australia’s Facebook users will be a part of the trial.

Word of the test started circulating in early September, and Facebook tried a similar experiment with Instagram earlier this year.

When Instagram removed likes from posts in seven countries including Australia, Canada, Brazil, New Zealand, Ireland, Italy and Japan, the company said that the test was intended to “remove the pressure of how many likes a post will receive.” The idea is that if users aren’t constantly posting for likes alone, the quality of the community will improve.

Facebook expects to see very different results from the two tests, given the social networks’ different audiences; Instagram’s user base tends to skew younger. Given this, the effects of bullying on the network have been particularly concerning.

The company is particularly interested in seeing if users will continue to like and comment at the same levels if they can’t see if others are doing so.

Facebook has not yet indicated if this test will expand beyond Australia. Facebook plans to examine the initial results before deciding whether or not to widen the scope of the project.

While social media influencers are very worried about Facebook hiding likes, how most users feel about the change remains to be seen.