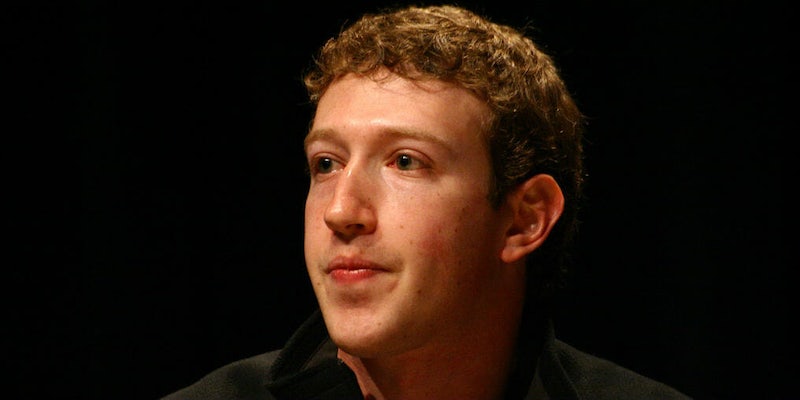 The social giant sold $100K worth of ads to a Russian 'troll farm.'

Facebook plans to turn over more than 3,000 Russia-linked ads to congressional investigators today, following weeks of scrutiny from the public and federal authorities.

Congress has been pressuring Facebook to reveal details about its advertising system after Mark Zuckerberg admitted to selling $100,000 in ads to a Russian company during the 2016 U.S. presidential election. The ads—which ran between June 2015 and May 2017—are suspected of being connected to a group called the “Internet Research Agency,” a firm known to push Russian propaganda and spread fake news.

The social giant doesn’t plan on releasing the ads to the public, but CNN—citing sources familiar with the issue—claims they include posts about Black Lives Matter, ads that promote gun violence, and posts depicting refugees as rapists.

In a live video stream, Mark Zuckerberg promised to work with investigators and other tech companies to prevent the spread of fake news. The Facebook CEO initially rejected the idea that his platform could be spreading misinformation.

“Personally, I think the idea that fake news on Facebook, which is a very small amount of content, influenced the election in any way—I think that is a pretty crazy idea,” Zuckerberg said last November. “Voters make decisions based on their lived experience.”

He has since changed his stance. “Calling that crazy was dismissive and I regret it. This is too important an issue to be dismissive,” Zuckerberg said.

On Saturday, the end of Yom Kippur, Zuckerberg wrote a vague apology on Facebook, which some have linked to his company’s failings to address online abuse.

Tonight concludes Yom Kippur, the holiest day of the year for Jews when we reflect on the past year and ask forgiveness…

Facebook has pledged to improve its ad system by being more transparent. Its promise comes as Senate Democrats attempt to pass a bill that would force social media companies to disclose more information about who purchases political ads.