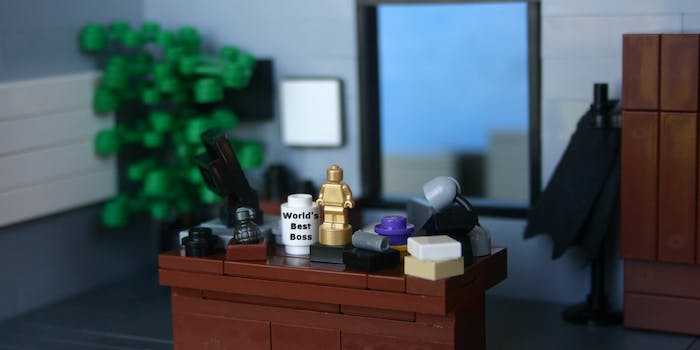 Facebook is reportedly developing enterprise tools called Facebook for Work that will compete with LinkedIn, Slack, and Google Docs.

Facebook is reportedly developing enterprise tools called Facebook for Work that will compete with LinkedIn, Slack, and Google Docs. I can only imagine the response from these supposed competitors and corporations using them: something like “LOL OK.”

The world’s biggest social network, with 1.35 billion users, is exactly that—social. And while Facebook is trying to branch out to drone-powered Internet in developing countries, and take over virtual worlds in Oculus Rift, it’s still associated with the friends and family members with whom you connect through Likes and status updates.

Facebook is so separate from business and enterprise that there are countless suggestions on why you should clean up personal Facebook pages and change privacy settings so employers don’t discover photos of you from that one night at the bar. Some corporations go so far as to ban Facebook at work, both to protect corporate data and attempt to make employees productive by cutting off access to the social network on which people in the U.S. spend 40 minutes per day.

Facebook’s tools for business will supposedly be completely divorced from its personal product, and include a professional version of its social network, similar to LinkedIn; document sharing and collaboration software; and a chat client akin to Slack or Skype. The all-in-one enterprise tool is already used internally, the Financial Times reports. Facebook did not respond for a request for comment.

People don’t sound convinced Facebook’s efforts will bear much fruit. Stewart Butterfield, cofounder and CEO of project management tool Slack, is as bemused as the rest of us.

“Without knowing any of the details, it’s hard to have any kind of opinion,” Butterfield said in an email. “Like most other commentators it sounds strangely off-brand to me.”

Although Facebook might want to appeal to enterprises, getting businesses to adopt new tools and software is going to be a massive undertaking. It will be forced to jettison its social reputation and rebuild trust with business users who can’t risk being burned by sharing private data.

Let’s not forget, Mark Zuckerberg once called people who trusted Facebook with their data “dumb fucks.” The company has a notorious history of confusing and irresponsible privacy and data policies, and while it claims to be improving and simplifying the steps users take to share data with the network, users (and their data) are still the product.

Facebook’s entire business is based on monetizing user data and charging marketers for targeted access to the eyeballs of more than 1 billion people. And while the average human being may feel confident handing over their data to Facebook, savvy businesses will balk at the thought.

Some companies are already frustrated with Facebook, thanks to its recent efforts to banish “overly promotional Page posts.”

Businesses that initially trusted Facebook to help build their companies are suddenly forced to rethink how they use the service as Facebook continues its gradual crackdown on content it claims people don’t like—thousands of Pages are now suffering, with disappearing Likes and engagement because Facebook has tightened up restrictions on advertorial posts while asking Page owners to fork over more money for advertising.

Facebook wants to “connect the world,” and its strategies to provide Facebook and Internet access to people who don’t yet have it is understandable to further this mission. But chances are, the audience the company is allegedly targeting with business tools is already on Facebook, or is connected to the world in some way, whether through personal Facebook pages or any other social networks. Connecting them even further doesn’t make much sense—unless it wants their data.

While Facebook for Work is still unconfirmed, the company entering a space in which corporations’ livelihoods rely on data privacy and security, where there are numerous other established competitors. It seems like a grasp at straws. Considering experiments like Poke, Slingshot and Paper, though, Facebook is clearly not afraid to take risks and follow technology trends—whether or not success is a remote possibility.