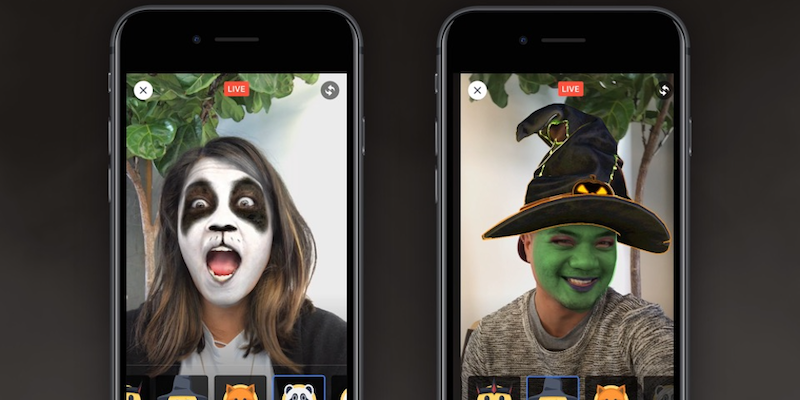 Facebook wants to patent selfie masks that can read your mood

This ain't your dad's selfie.

Facebook wants to help you more easily find the perfect selfie filter (or mask, as it calls them) for your mood. To do this, Facebook has filed a patent application for an interesting piece of technology: an emotion-detecting selfie filter.

In its U.S. patent application, Facebook describes a technique for identifying an emotion in an object in a photo, then based on that emotion, it would pull up a set of augmented reality masks that can be applied to that image. That object can be a human, a human face, an animal, an animal face, or even an inanimate object. Facebook would use facial features to help identify what emotion they’re expressing.

With this capability, Facebook could, for example, detect that you’re happy and automatically put a “happy panda” mask on your visage. If you’re making an angry face, it could put an “angry bird” image on your face instead. (We have no idea if this “angry bird” has any relation to the Angry Birds mobile game franchise or not.)

This patent application is a refreshing change of pace from several of the other Facebook intellectual property endeavors that have cropped up in recent years. In January, we learned that the social network was exploring new ways of tracking its users, while a few years earlier, it considered how it could use someone’s camera to read their emotions and deliver tailored content based on their current state.

As for this latest piece of intellectual property, Facebook filed the application back in December 2016, but it just published in the U.S. Patent & Trademark Office Thursday.

While patents and patent applications are no indication of what features may actually end up in the company’s suite of apps, one thing is certain based on this particular finding: Whoever wrote and illustrated this patent is clearly not responsible for designing Facebook’s selfie masks.