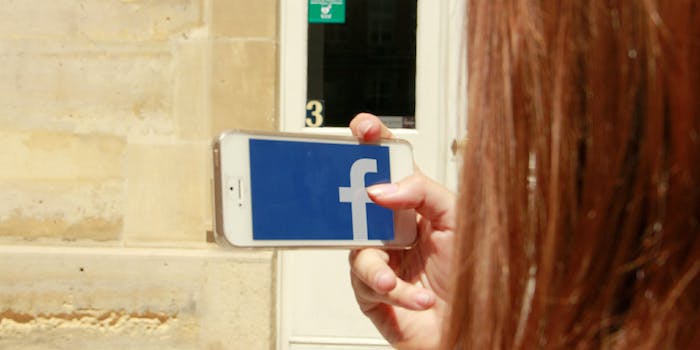 Facebook shuts down Creative Labs, but you probably won’t even care

Most of the apps were spectacular failures.

Facebook has shut down Creative Labs, the experimental group within Facebook that created apps no one used.

You might not be familiar with Creative Labs by name, considering its main purpose was to create standalone apps different from Facebook proper and crib features from other applications, and nothing it created amassed much popularity. It launched in January 2014 and served as a test bed for potential features that might wind up in Facebook or Messenger products.

Three apps were removed from app stores when Creative Labs shut down: Slingshot, Riff, and Rooms. The Creative Labs Facebook page and website were also taken down. It attempted to function a bit like a startup within Facebook, building apps conceptualized at internal hackathons and tried to make features popularized by other apps catch on with Facebook’s audience.

Facebook wound up with a suite of specialized apps, but the fragmentation and standalone strategy failed. Josh Miller, who worked closely on Creative Labs projects, left for a position at the White House back in September.

Of all the apps that came out of Creative Labs, the most notable failure and clone was Slingshot, Facebook’s second shameless attempt to copy ephemeral messaging app Snapchat after the disaster that was Poke, but the app never quite caught on. Lesser known Riff was Facebook’s version of Snapchat’s stories feature. Both were confusing and, clearly, no one actually used them.

Rooms was a bit different, in that it didn’t try to blatantly copy features that existed in other apps. Facebook wanted to make pseudonymous forums cool again, by letting people join “rooms” to discuss particular topics of interest. Conceptually, it’s an interesting idea, but the execution was a monumental head-scratcher. To join different rooms, users had to take a screenshot of a QR code, which was perhaps the most complicated way of joining a private, mobile-only topic chat.

Anyone who uses Rooms will have to find a new forum app—on Dec. 23, it will go into read-only mode. People who have downloaded Slingshot and Riff can continue to use them, but they won’t be available for download.

For all it’s major whiffs, Creative Labs did provide some interesting apps, albeit ones that weren’t particularly unique. For instance, Paper put a new skin on the Facebook timeline, reminiscent of Flipboard and other elegant newsreaders. Paper will remain live, but the purpose of the app itself, beyond just being a more attractive timeline, remains unclear.

Other creations from Facebook’s now-shuttered group include Mentions, the app exclusively for verified people that gives them an alternative to using Facebook’s main app, and provides support for Q&As. The creepiest product out of Creative Labs was Moments—the app uses facial recognition to scan photos in your camera roll before ever uploading them to Facebook.

The creepy facial recognition is also finding its way into Messenger—now you don’t have to use a separate app to get similar functionality.

For all its attempts to create standalone apps, apart from Messenger (which the company forced people to use after it broke away from Facebook’s main app) the most successful Facebook apps are those it bought. WhatsApp and Instagram are wildly popular, and even Instagram’s standalone apps Hyperlapse and Layout, created outside of Creative Labs, have maintained some popularity.

Facebook won’t stop experimenting with new features and new apps, but they’ll now do it without the hackathon-inspired Creative Labs group. Or maybe they’ll just buy the next big thing again.