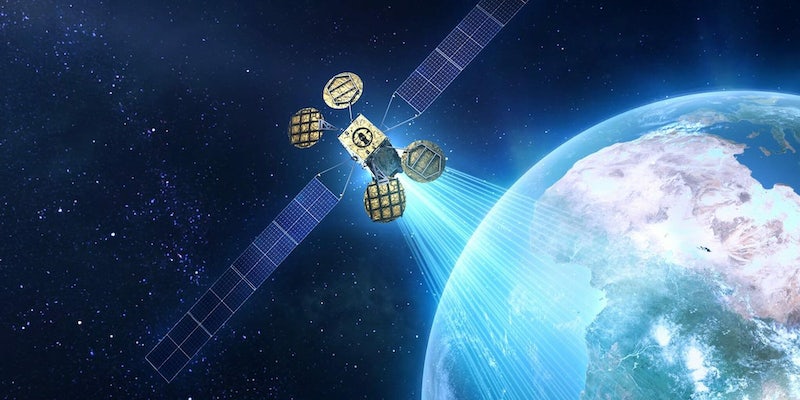 Facebook plans to beam Internet to Africa from space

It's the company's first satellite to connect the world.

Facebook is going to bring Internet to Africa from space. On Monday, Mark Zuckerberg announced plans for a satellite that provides Internet connectivity to impoverished and remote communities as part of the company’s Internet.org initiative.

The company is partnering with Eutelsat, a French satellite company, and will send a satellite called AMOS-6 into orbit to connect millions of people, the Facebook CEO said in a post on the social network. It will launch in 2016 and will provide connectivity to countries in Sub-Saharan Africa. According to the New York Times, 14 African countries, will get the Internet.org-powered data, including Nigeria, Tanzania and the Ivory Coast.

Internet.org currently works with telecom and device manufacturing companies to provide Internet and mobile data to developing countries. The service is restrictive, however, and it’s supposed to act as an onramp to the full Internet but essentially creates a walled garden of information. The only websites available to subscribers are those that Facebook and local Internet service providers approve of.

Internet.org and Facebook’s push to provide connectivity to millions without data access is not without detractors. Sixty-five companies and organizations sent an open letter to Facebook and Zuckerberg in April, and said the Internet.org program violates net neutrality and creates a two-tiered Internet system that actually broadens the digital divide, not shrinks it.

Last month, Zuckerberg said his company was working with the United Nations to bring Internet connectivity to refugees arriving by the hundreds of thousands to Europe, though he did not provide any specifics on how that would work.

The CEO added a caveat that underscores what a number of critics fear about the Internet.org program and Facebook’s expansion plans: “It’s not all altruism. We all benefit when we are more connected.”

Zuckerberg didn’t provide many details about the AMOS-6 satellite and Eutelsat partnership on Monday, however he did say that Facebook will continue working towards global connectivity, including figuring out how to connect the world from space.