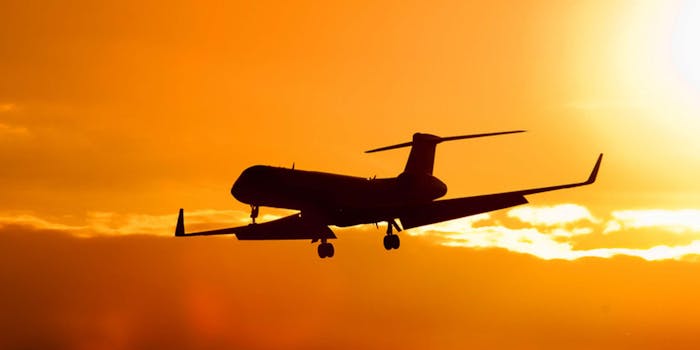 The Federal Aviation Administration will no longer require airline passengers to power down their electronics during takeoff and landing.

The Federal Aviation Administration has announced that it will no longer require airline passengers to power down their personal electronic devices during takeoff and landing. Travelers will soon be allowed to use e-readers, play video games, and watch movies on handheld instruments like Kindles, smartphones, and iPads for the entirety of each flight.

‟We believe today’s decision honors both our commitment to safety and consumers’ increasing desire to use their electronic devices during all phases of their flights,” Transportation Secretary Anthony Foxx said in a statement. “These guidelines reflect input from passengers, pilots, manufacturers, and flight attendants, and I look forward to seeing airlines implement these much anticipated guidelines in the near future.”

Passengers will still be required to hold the devices, or place them in their seatback pockets, during the actual duration of takeoff and landing. The FAA notes that the same rules apply to nonelectronic items like books and magazines.

Operating personal electronics has long been prohibited on planes traveling under 10,000 feet, due to fears that signals emitted by the devices could interfere with planes’ navigational systems. The FAA’s decision comes a few months after an influential 28-member advisory panel issued a report stating that the majority of commercial passenger aircraft can withstand the relatively low levels of interference emitted by these devices and recommended allowing the expanded use of said devices if individual airlines also complete their own safety screenings.

This ruling doesn’t mean all electronic devices will be permitted at all times. Passengers will still be required to put phones in ‟airplane mode,” meaning they will be unable to send or receive phone calls over the cellular network. Larger devices, such as laptops, have to be stowed during takeoff and landing. Additionally, passengers may be required to switch off their devices if pilots are attempting to land in low visibility.

The rules apply to both domestic and international flights. In a FAQ on its website, the FAA explained that foreign carriers flying in the U.S are still bound by their home country’s regulations—which, in many cases, prohibit electronics during certain portions of each flight.

While the final decision whether to allow such devices during all portions of the flight will ultimately be left up to each individual airline, the FAA predicted a large number of carriers will permit ‟gate-to-gate” usage before the end of the year.

One airline has already publicly stated its intention of taking advantage of the rule change. In a press release, Delta Air Lines has said it plans on letting passengers operate their devices under 10,000 feet as early as this Friday.