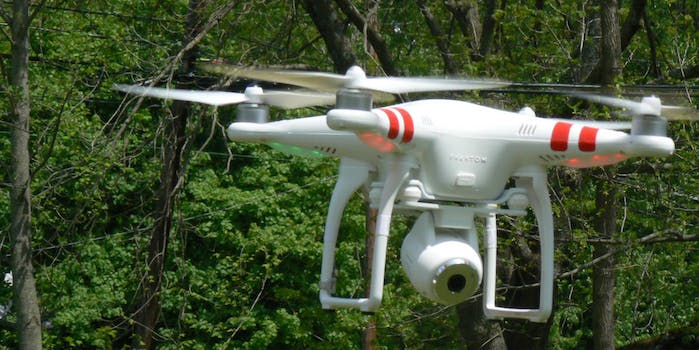 A flood of drone-based businesses may be coming.

On Tuesday, the Federal Aviation Administration (FAA) announced new rules for commercial use of consumer drones that will open up the airways to pilots.

The new operational rules, which stem in part from a call for public comment on proposed legal framework in February 2015, will require a remote pilot certificate to fly the unmanned devices. Pilots are required to be 16 years or older or under the supervision of a certified adult to fly. Pilots must maintain a “visual line of sight” with their aircraft at all times.

The regulations, which are set to go into effect in August 2016, apply specifically to the commercial use of drones and leave the personal or hobbyist rules untouched.

Prior to the rules laid forth on Tuesday, the FAA treated drones the same as manned aircraft, including planes. This decision required pilots of the unmanned aircrafts systems (UAS) to be subject to the same mandates of commercial aircraft or to obtain an exemption for their drone that is offered only on a case-by-case basis.

Steve Hogan, lawyer and host of the Drone Law Today podcast, said the law, as it had been written, meant “your DJI Phantom has to comply with all the aircraft regulations that would apply to a 747″—a standard that he said was “literally impossible.”

Hobbyists have been exempt from many of these rules thanks to part of the 2012 FAA Modernization and Reform Act, but those hoping to operate commercially have remained hampered by stricter regulations.

According to Jonathan Rupprecht, a lawyer and FAA-certified commercial pilot and flight instructor who has closely tracked drone law, the law has been the cause of considerable frustration for drone pilots who want to use their devices for purposes beyond hobby flights.

“This has proven a major barrier to many individuals, because they have to take time off from work and go and pay to fly an airplane at a flight school. This costs time and money,” he explained.

The rule, he said, will solve that unnecessary barrier to entry for pilots hoping to use consumer drones for commercial use. It will require a person to take a knowledge test and pass a Transportation Security Association (TSA) background check. If the person succeeds, they will receive their remote pilot certificate—which Rupprecht said was essentially a “drone pilot’s license”—in the mail.

Hogan said the rule change is “huge” and will be “bigger than people realize.”

Under the new rules, he explained, “any entrepreneur can just jump into the game … and start making money; that’s the big change.” Hogan compared the development to a dam break that will unleash a flood of people and businesses getting into the commercial drone industry.

While the airways are occupied primarily by hobbyists at the moment, many have suggested considerable use for drones beyond capturing photos or video. Companies like Amazon have lobbied for the skies to be opened up for delivery purposes, and their pursuits may be bolstered by the FAA’s new rules.

However, Hogan sees possibilities that go well beyond just moving packages around.

“Drones represent something that have literally never existed before in human history,” he explained, noting drones combine the technology of flight, sensors, and computational power.

Drones have been applied for a variety of purposes in regions with less regulatory restrictions on the devices. In Dubai, drones have been utilized to fight fires in hard-to-reach locations, while a startup has launched a drone-delivery service for medical supplies in developing nations.