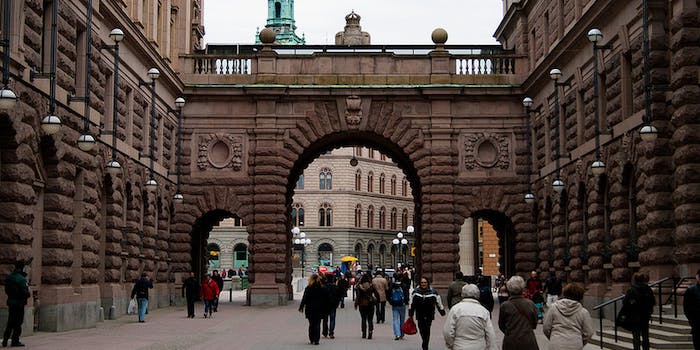 The EU passed a law that could end data sharing amid concerns that the NSA is spying on Europeans.

On Thursday, the European Parliament, which has been heavily focused on data and security this week in response to the breaking open of secret American data interception programs including against European targets, voted for a resolution that enables the European Commission to end data sharing agreements with the United States.

“(It) called on the U.S. to suspend and review any laws and surveillance programs that ‘violate the fundamental right of EU citizens to privacy and data protection,’” wrote ZDNet’s Zack Whittaker, “as well as Europe’s ‘sovereignty and jurisdiction.’”

The resolution also authorizes the European Commission to suspend its current agreement to share data with the U.S., including airline passenger lists.

The resolution instructs the European Commission to “give consideration to all the instruments at their disposal in discussions and negotiations with the U.S… including the possible suspension of the passenger name record (PNR) and terrorist finance tracking program (TFTP) agreements.”

Fabrice Epelboin, a journalist, entrepreneur and teacher at Sciences Po. Paris, does not believe this will go beyond posturing.

“The EU Commission is under heavy U.S. influence,” he told The Daily Dot, “so it shouldn’t have much impact, but [Commission President José Manuel Durão] Barroso is on the leave, so things could change. Many in the EU Parliament were already aware that things such as PRISM existed.”

The European Parliament is also considering moves against the United Kingdom, which has been revealed as a primary partner with the United States in its PRISM spying program.