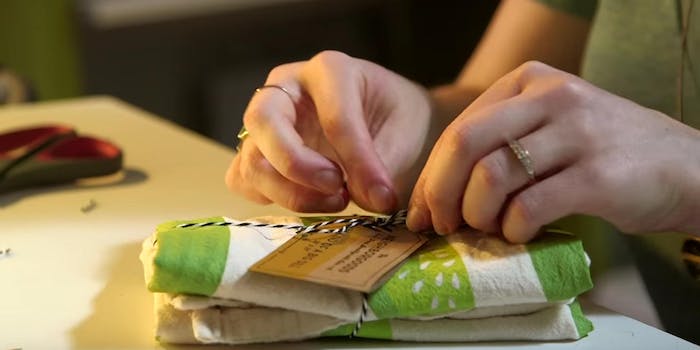 The news isn't good for the homemade crafts e-commerce site.

When Etsy went public last April, the news was fantastic for the homemade crafts marketplace. After going public with an IPO of $16 per share, it skyrocketed by 88 percent, closing its first day as a publicly traded company at $30 per share. The company raised $267 million for a total valuation of $3.3 billion.

Nine months later, Etsy is in real trouble. The company’s stock has sunk to its lowest value, dropping 11 percent Monday to finish the day at $7.44 per share.

This couldn’t have been much of a surprise. Despite its huge first day, Etsy’s stock has slowly declined in price, falling to $13 in July. After a brief renaissance later in the summer, it dropped below $10 in November.

But Monday was the expiration of the lockup agreement, meaning that it was the first day that Etsy’s early investors could purge their shares after the initial IPO. And apparently some of those investors did just that

As Bloomberg put it:

Etsy has struggled to convince investors of the growth prospects for the site, which sells handmade goods like pillows embroidered with “let’s cuddle,” and personalized beard combs. At the IPO, the company pitched plans for expanding globally, yet the proportion of sales from international markets has been stagnant, according to company filings.

“The challenges facing the company continue to linger—it’s fairly valued at this point,” said James Cakmak, an analyst for Monness, Crespi, Hardt & Co. “There’s still value there but it’s an uphill battle, so I’m not surprised that there’s pressure following the lockup expiry.”

Along with Etsy’s subpar performance Monday, Fitbit and GoPro also dropped 12 percent and 9 percent, respectively. “[For those] hoping to see new IPOs from Uber and other large private technology firms,” Forbes explained, “these kind of results will give those companies pause.”