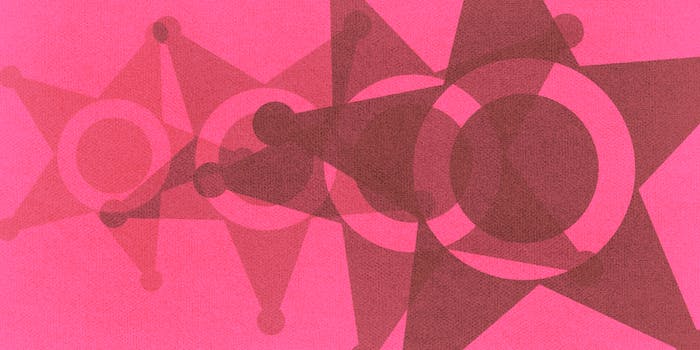 '[He] came into the call out of control.'

Eric Casebolt , the police officer at center of the controversy that swirled around the police response to a pool party in McKinney, Texas, has resigned, Buzzfeed reports.

Casebolt, a ten-year veteran of the McKinney Police Department, stepped down from his position days after a video showing him violently wrestling an African American girl to the ground and pointing his gun at a group of unarmed teenagers went viral on YouTube.

The incident was sparked when residents of Craig Ranch subdivision in the Dallas suburb called the police on a group of about 100 teenagers having a party in the neighborhood’s community pool. White Craig Ranch residents reportedly shouted racial slurs at the predominantly African American teens at the party, which led to a physical altercation between members of the two groups.

Casebolt had been put on administrative leave by the department after the clip went viral.

In a press conference on Tuesday, McKinney Police Chief Greg Conley said Casebolt, “came into the call out of control” and labeled his conduct “indefensible.”

Conely added the other 11 officers who responded to the call “did exactly what we wanted them to do.”

The difference between Casebolt’s actions and those of some of the other officers is stark. At the beginning of the video, another officer can be seen calmly taking with a group of teenagers about why immediately bolting when they saw the police arrive wasn’t a smart course of action. Casebolt, who enters the frame at a full sprint, doing a somersault in mid run, interrupts the conversation by throwing bystanders to the ground.

On Monday, hundreds gathered in front of an elementary school in McKinney to protest the actions of the police. “There’s no way, if you send him to any type of counseling or anything else—still within himself, that part of him is still there,” Maurice Gray, a protestors who lives in Craig Ranch, told the Daily Dot. “Basically, he needs to find another job.”

In a video statement posted to YouTube earlier this week, McKinney mayor Brian Loughmiller said, “I have received messages of support for our police officers generally and messages of concern from the actions of one officer in particular from the incident on Friday evening. The process for dealing with this issue requires a full review of the incident base don the polices and procedures of the city of McKinney.”