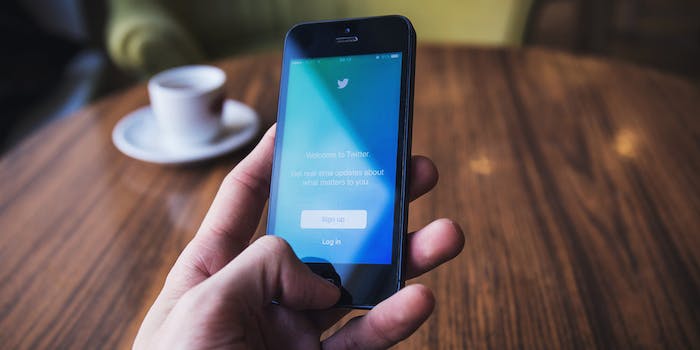 Promotional material for a Miley Cyrus album was co-opted with the intention to induce seizures on Twitter.

The Epilepsy Foundation has released a statement saying that its Twitter account was targeted with flashing GIFs intended to induce seizures last month.

The GIFs were a flashing black-and-white image with the words “she is coming,” originally used as promotional material for a Miley Cyrus album. They were tweeted at the Epilepsy Foundation’s Twitter account during Epilepsy Awareness month, which the Foundation’s Director of Legal Advocacy Allison Nichol said is when the account would have been most visible.

“These attacks are no different than a person carrying a strobe light into a convention of people with epilepsy and seizures, with the intention of inducing seizures and thereby causing significant harm to the participants. The fact that these attacks came during National Epilepsy Awareness Month only highlights their reprehensible nature. The Foundation is fully cooperating with law enforcement and intends to utilize all available avenues to ensure that those responsible are held fully accountable,” Nichol said in the statement.

The mass-tweeting of strobing GIFs has been termed a cyberattack, and the Epilepsy Foundation has filed a criminal complaint with law enforcement.

Although photosensitive epilepsy affects only around 3% of the population according to the Foundation, CNET reports that thousands of people were targeted in the attack.

The attack has triggered trolls on Twitter into reposting strobing GIFs with captions in poor taste, such as “epilepsy foundation opening their DMs.”

This release from the Epilepsy Foundation coincides with the beginning of a trial for journalist Kurt Eichenwald, who was targeted similarly with a GIF in 2016, which resulted in a seizure. It also comes just weeks after Juice WRLD’s death following a seizure.