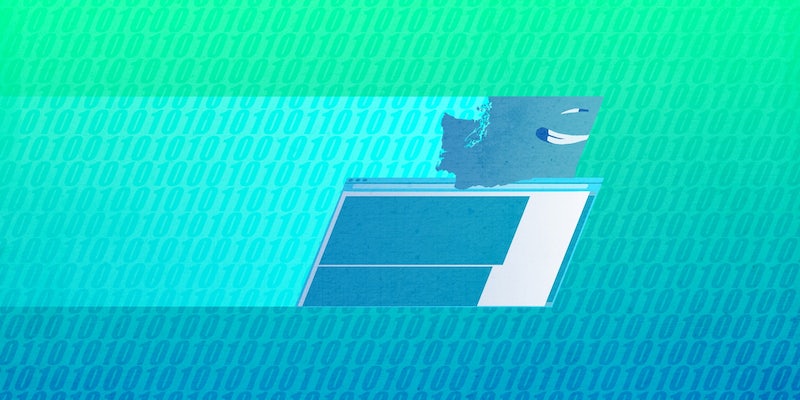 The residents of Ephrata, Wash., population 7,000, enjoy the highest average download speeds in the U.S.

Ephrata is a sleepy farming town nestled squarely in the middle of Washington state, about halfway between Seattle on the coast and Spokane near the Idaho border. While Ephrata is the biggest city in Grant County, there’s little chance anyone would mistake it for Silicon Valley. Yet, underneath Ephrata’s unassumingly rural exterior, the area plays host to massive data centers for Internet giants like Microsoft, Yahoo, and Intuit.

Why would the titans of the tech world chose to house their most valuable resource in an isolated little town of approximately 7,000 people? Simple: This particular little town has the fastest Internet in the nation.

According to a survey of Internet connections conducted earlier this year by Gizmodo, American Internet users have an average download speed of 18.2 megabits per second (mbps). Google’s much-outed effort to wire the residents of Kansas City with Google Fiber yields 49.9 mbps. But tiny Ephrata, whose primary Internet service provider, iFIBER Communications, only has about two dozen employees, registered an average download speed of 85.5 mbps. iFIBER boasts that, in the two months since Gizmodo released its study, the average speed has increased to 101.6 mbps.

It’s not just that Ephrata has achieved, by a wide margin, the fastest average Internet speeds in the country. It’s that it’s done so by flying directly in the face of conventional wisdom about areas with fast connections. The Gizmodo study found positive correlations between Internet speed and both median income and population density. With a household income 29 percent below the national average and a population density of only 28 people per square mile, Grant County is an unlikely spot to have some of the best Internet connections on the planet.

It was even a surprise to the employees of the Grant County Public Utilities District, who built the backbone of the region’s Internet over the past dozen years. ‟The vision at the start wasn’t to have the fastest Internet in the country or to attract these large data centers,” recalled Chuck Allen, the public affairs officer at the Grant County Public Utilities District. ‟It was honestly about providing residential customers and small businesses with high-speed connections.”

Most Americans have little choice but to get their Internet from corporate behemoths like Comcast or Time Warner Cable. It’s a lack of competition that a recent study by the New America Foundation blames for the country’s comparatively lackluster Internet service relative to other developed nations. On the other hand, Ephrata’s Internet distribution works a bit differently.

In 2000, Washington’s state legislature passed a law allowing public utility districts, nonprofit public organizations similar to municipalities with boards of directors directly elected by the voters, to create their own broadband networks. These organizations have historically been the providers of the state’s electricity. Soon afterward, a court ruling regarding the law prohibited public utilities districts (PUD) from selling connectivity directly to consumers. Instead, they could build the pipe and sell the bandwidth wholesale, as an open-access resource, to private companies that would then turn around and sell that bandwidth to residents.

Allen explained that Grant County PUD, which is celebrating its 75th birthday this month, jumped at the chance to expand into the world of Internet service. In the years since, the agency has spent $146 million building up its technical infrastructure.

Before the PUD, Internet service in the area was either spotty or nonexistent, explained Kelly Ryan. The small cadre of residents who lived close to the center of town could get “crappy” DSL service, but people who were further away almost exclusively had to rely on dial-up.

Ryan is the CEO of iFIBER, the private company that provides last-mile service over Grant County PUD’s pipes to virtually every Internet user in Ephrata.

Ryan said one of the reasons why Ephrata may have come out on top of in Gizmodo’s ranking is that the survey looked at the results of online ‟speed tests” conducted over the site Speedtest.net. Whenever iFIBER hooks a new customer up to its network, company technicians have them test the speed so they can see how fast their connection really is.

The company also tells its users they may need to upgrade their hardware because cheaper modems can’t keep up with its high speeds and start to break down.

Ryan knows this because iFIBER’s service area is intimate enough that the company still manages to maintain a personal, small-town connection with its subscribers. ‟Back in 2009 we started getting calls from some of our customers telling us that they saw we were being rated as one the top 10 fastest ISPs in the country,” he said with a laugh. ‟Can you image a customer calling up Comcast and telling them that?”

Internet hosted by the PUD isn’t the only game in town, though. There is actually a sizable number of competing Internet service providers operating in Grant County. However, all of the rest—from AT&T to CenturyLink—offer speeds less than a quarter of what the public utility gets.

The data centers started moving into the area around 2005 and now represent a major part of Grant County’s economy. Data centers have clustered in the Pacific Northwest due to relatively low year-round temperatures and cheap hydroelectric power—a combination that helps reduce the often astronomical cost of cooling the sprawling complexes of servers. However, what likely drew these companies to the Ephrata area was its speedy Internet service.

Even so, Allen insists that attracting data centers wasn’t on the utility’s radar when it first started laying fiber optic cable.

Grant County’s system has been held up as success story by people who want America’s Internet service to switch over from the private, corporate-controlled model to one largely based on public ownership.

For those who view Internet connectivity as a universal resource like water, sewage, or electricity, using a municipal model is a no-brainer. The movement’s most public face, former Obama advisor and telecom reform advocate Susan Crawford, is currently on a crusade against the bevy of state legislatures that have banned municipalities and public utilities from offering Internet service.

However, economist Roslyn Layton of the conservative American Enterprise Institute says the public utility model may work well for Grant County but cautions against applying such a plan everywhere without first giving serious consideration to its possible drawbacks.

“Economists don’t necessarily say faster speeds are always better. It’s about getting the best result while paying the least,” she explains. “I don’t take the view that faster is always better.”

Layton noted that broadband networks come with a hefty price tag and spending over $100 million to increase Internet speed in an area without the requisite demand for 100-plus mbps service could end up with the government having to eat a huge loss.

‟Broadband is a fixed investment. Whether you deliver it to 7,000 people for 700,000, the fixed cost for building the network is the same,” she said, recalling how a slew of fiber-to-the-home efforts in Denmark, where she currently lives, failed due to low adoption rates.

Layton hypothesizes that, due to the prevalence of data centers, which pay far higher prices than—and therefore often subsidize—residential customers, it may be easier for a place like Grant County to recoup its broadband investment than it would be for most other communities of its size. Grant County PUD says that about 11 percent of its revenues come from providing wholesale service to its largest customers, including the data centers.

Outside of the data centers, which make good use of every last bit of bandwidth, it’s not clear that most Internet users would see a significant benefit from higher-than-average Internet speeds. Popular streaming services like Netflix only need about 3.6 mbps to operate smoothly.

‟Companies like Netflix are making their services leaner and meaner all the time because they want to expand to places like India that don’t have the same broadband connectivity,” says Layton. ‟There isn’t a business model in creating an application that takes up a lot of bandwidth.”

Ryan, the iFIBER CEO, counters that some of his average, everyday clients insist his company’s speeds do provide a benefit over what they would otherwise get.

“The statement that slower Internet is fine because you don’t need 100 mbps to watch Netflix doesn’t take into account that there are often multiple people streaming high-definition content at the same time within one household,” he insists. ‟If Mom and Dad are watching Netflix in one room, Sister is watching YouTube in another and Brother is doing something else on his own, performance is going to suffer because they’re all drawing from the same Internet.”