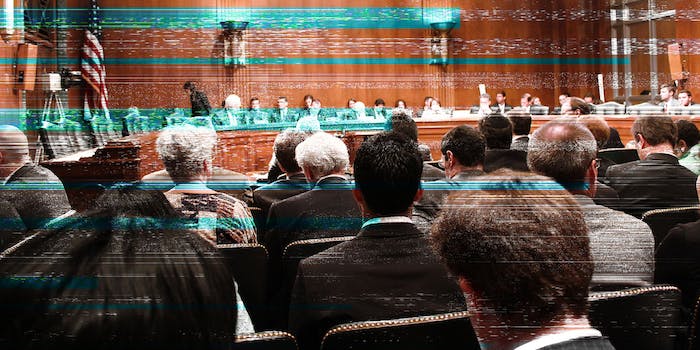 Is encryption really 'the biggest threat today,' as one lawmaker claimed?

The heads of two powerful House committees on Sunday joined a growing congressional backlash against encryption, blaming it for the deadly Paris terrorist attacks despite not having any evidence to back up their claims.

“[T]hey’ve gotten very good at hiding from intelligence services around the globe.”

Although there is no evidence that encryption played a role in the Paris attacks, McCaul suggested on Face the Nation that “there may be plots under way that we just quite frankly can’t see,” adding, “I think there’s strong indicators that they did” use encryption.

In blaming encryption for the Paris attacks, which killed at least 130 people, the House lawmakers were echoing concerns first voiced by senior U.S. intelligence officials and Senate lawmakers in the days after the killings.

The new demand for encryption backdoors has reignited a long-running debate about guaranteed government access to secure products. Independent security experts unanimously oppose backdoors for a myriad of technical reasons. They note that there is no way to build a door that only one party can access. The Obama administration recently rejected the idea of trying to mandate backdoors but continues to pressure tech companies to add them.

The government is reportedly asking tech executives to come to Washington to discuss the issue of encryption.

Sen. Dianne Feinstein (D-Calif.), the top Democrat on the Intelligence Committee and a staunch supporter of the surveillance community, on Sunday dismissed the expert consensus that backdoors were dangerous.

“I think with a court order, with good justification, all of that can be prevented,” she said, referring to security concerns. Feinstein also called encryption the “Achilles’ heel” of the Internet.

A White House spokesman declined to comment on the resurgent anti-encryption rhetoric.