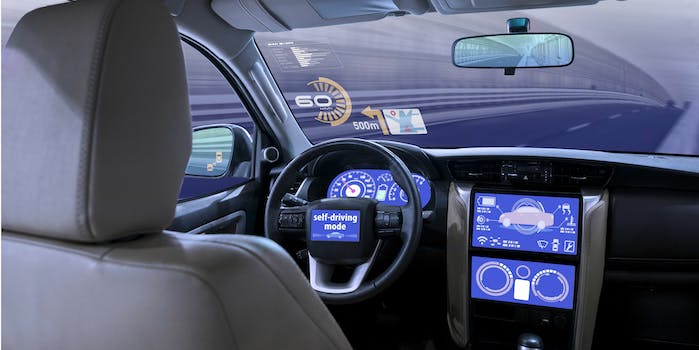 Self-driving cars are coming sooner than expected, according to Elon Musk

Elon Musk explained how he plans to end traffic, replace roof tiles with solar panels, and bring one million people up to Mars in a revealing TED talk on Friday. While those mind-numbing concepts will take several years or even decades to come true, Musk says another one of his radical ideas will be a reality in 2019: self-driving cars.

Answering a question about the timeline for autonomy, Musk said he expects people to be sleeping in their self-driving cars in the next two years. German giants Daimler and Bosch estimate fully autonomous vehicles will become available “within 5 years,” while others like Audi point to a 2020 release date.

A look at where we are at now and what Musk wants to achieve might make you a bit less optimistic about his statements. There are five levels of self-driving cars, as defined by the Society of Automotive Engineers:

Level 1: Uses information about the driver’s environment to assistant with either steering or acceleration/deceleration while all other functions are performed by the driver.

Level 2: This level has at least one system that assists with both steering and acceleration/deceleration, while the driver does the rest.

Level 3: This is the first level controlled primarily by an automated system, but it still expects a driver to intervene if necessary. All “safety-critical” functions can be controlled by the vehicle.

Level 5: A fully autonomous vehicle capable of operating by itself under any condition in all environments.

Most cars fall under level 0 automation, though newer cars with assistance modes reach to level 1 or level 2. Tesla’s current autopilot system is considered level 2 or level 3, depending on who you ask. A number of auto executives at rival companies have denounced level 3 automation, claiming it is unreasonable and irresponsible to expect a driver to intervene with an autonomous system if they are required to.

But regardless of whether auto manufacturers release level 3 cars or skip to level 4, the jump that Musk anticipates—from a car that is primarily operated by its driver to one powered by a fully autonomous system—sounds hopeful at best. Then again, shutting up naysayers is kind of Musk’s thing.