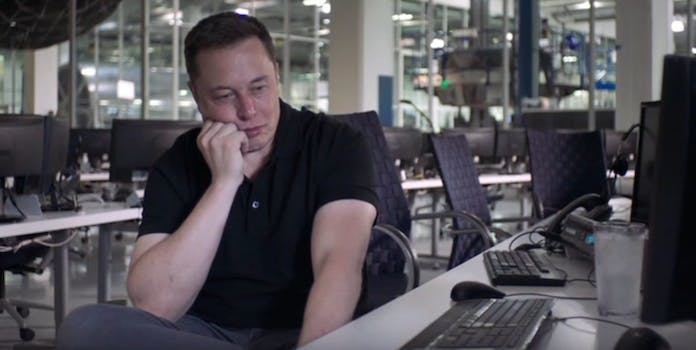 Elon Musk thinks he can solve Australia’s national energy emergency in just 100 days, and he’s willing to bet quite a bit of money on it.

Lyndon Rive, Musk’s cousin and Tesla’s vice president of energy products, told the Australian Financial Review that the company could use its Powerwall 2 rechargeable battery to build enough energy to solve the supply problems in the state of South Australia.

Such an emphatic claim was destined to get picked up and turned into a bet. First to the punch was Atlassian co-founder and billionaire Mike Cannon-Brookes.

His second is a bit more forward thinking:

Cannon-Brookes received a reply less than a day later. Not by Rive, but by the outspoken Tesla CEO Elon Musk himself.

The Atlassian co-founder, who seems ecstatic about the idea, asked for seven days and a price estimate:

legend! ☀️ You’re on mate. Give me 7 days to try sort out politics & funding. DM me a quote for approx 100MW cost – mates rates!

But it won’t come cheap. The batteries alone could cost $200 million Australian (around $150 million USD) based on Cannon-Brookes’ preliminary estimates, according to the Australian Financial Review. Who will shell out for the solution—whether it be Cannon-Brookes, Elon Musk, the Australian government, or some combination of the three—remains a mystery.

South Australia suffered a statewide blackout last September. In February more than 40,000 homes were intentionally blacked out during a heatwave to avoid using the region’s diminished energy supply.