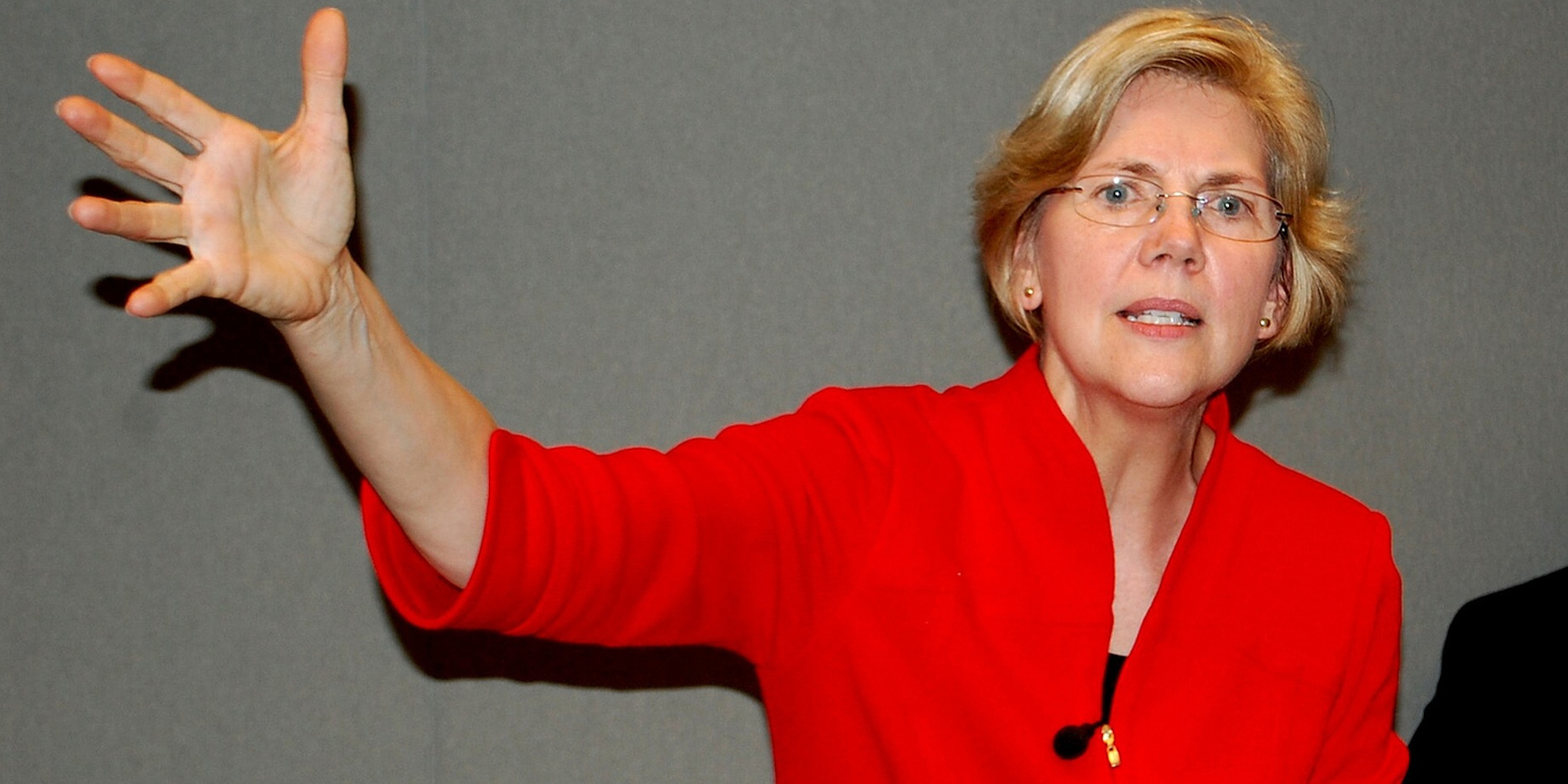 Sen. Elizabeth Warren has some choice words for Donald Trump.

Warren, the firebrand Democratic senator of Massachusetts, unleashed a biting tweetstorm against the Republican presidential front-runner on Monday, claiming Trump is “a loser,” while warning that he could still win the GOP nomination.

Warren pushed back against Trump’s image as a successful businessman, highlighting his list of failed ventures, use of bankruptcies, and repeated attacks against women and other groups as evidence of the New York billionaire’s “loser” status.

Let’s be honest – @realDonaldTrump is a loser. Count all his failed businesses. See how he cheated people w/ scams like Trump U.

Listen to experts who say @realDonaldTrump might have more money today if he’d put his inheritance in an index fund & left it alone.

But just because @realDonaldTrump is a loser everywhere else doesn’t mean he’ll lose this election.

Many of history’s worst authoritarians started out as losers – and @realDonaldTrump is a serious threat.

The way I see it, it’s our job to make sure @realDonaldTrump ends this campaign every bit the loser that he started it.

Trump’s campaign did not respond to a request to comment.

Warren has largely remained on the sidelines of the 2016 election, though her sparse involvement often speaks volumes. In February, she defended Democratic presidential candidate Sen. Bernie Sanders (I-Vt.) against statements by Goldman Sachs CEO Lloyd Blankfein.

Warren has so far refused to endorse either Sanders or Hillary Clinton, the Democratic presidential front-runner.

Warren’s attack on Trump comes amid a shift in the 2016 election. Clinton has a significant lead over Sanders, and Democratic lawmakers are reportedly urging the Vermont senator to drop out of the race so the former secretary of state can focus her efforts on Trump, who currently leads the GOP pack.

Clinton has already begun to retrain her political lasers on Trump. In her speech at the American Israel Public Affairs Committee (AIPAC) conference on Monday, Clinton attacked Trump’s unwillingness to take sides in the Israel-Palestine conflict because, he has said, doing so would hurt his ability to negotiate a peace pact.

“Candidates for president who think the United States can outsource Middle East security to dictators, or that America no longer has vital national interests at stake in this region are dangerously wrong.” Clinton said, not mentioning Trump by name. “It would be a serious mistake for the United States to abandon our responsibilities, or cede the mantle of leadership for global peace and security to anyone else.”

A recent poll found, however, that one in four Israelis Jews would vote for Trump, reports Politico, despite the fact that he is supported by Ku Klux Klan members and other antisemitic groups.

With 678 delegates to his name so far, Trump remains the leader in the GOP presidential race, though Republican leaders have a plan to prevent him from winning the 1,237 delegates needed to secure the party’s nomination. Now, it would seem, the Democrats do, too.

Update 2:20pm CT, March 21: Asked about Warren’s criticism later in the day, Trump responded with a jab at his own.

Trump, asked about Elizabeth Warren, "who's that, the indian? You mean the indian?"

That’s in reference to Warren’s 2012 claim that she has Native American heritage.

Photo via mdfriendofhillary/Flickr (CC BY SA 2.0)