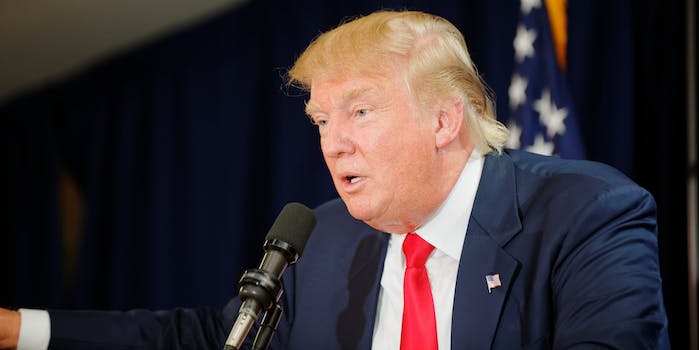 They want 'conclusive evidence' that Trump did not fraternize with Russia.

Ten electors have requested U.S. intelligence briefings on any ongoing investigations into Donald Trump‘s ties to Russia ahead of the Electoral College vote on Dec. 19.

In a letter posted to Medium and addressed to Director of Intelligence James Clapper, the electors say reports that Russia hacked Democratic Party entities and leaked troves of emails and documents to help Trump win the election call into question “whether Mr. Trump is fit to serve as President of the United States.”

The Electors require to know from the intelligence community whether there are ongoing investigations into ties between Donald Trump, his campaign or associates, and Russian government interference in the election, the scope of those investigations, how far those investigations may have reached, and who was involved in those investigations… We further require a briefing on all investigative findings, as these matters directly impact the core factors in our deliberations of whether Mr. Trump is fit to serve as President of the United States.

The letter is signed by one Republican and nine Democrats, including Christine Pelosi, daughter of Democratic Minority Leader Nancy Pelosi (D-Calif.). The letter’s signatories are electors from six states—California, Colorado, New Hampshire, Maryland, Rhode Island, and Texas—and the District of Columbia.

The electors cite the FBI‘s non-denial denial—known as a “Glomar response”—when asked about an investigation into Trump, as well as links between Trump’s team and Russia, as reason for receiving intelligence briefings. They also cite “Trump’s willingness to disregard conclusions made by the intelligence community and his continuing defense of Russia and Russian President Vladimir Putin” as justification for their inquiry.

Finally, the electors demand “conclusive evidence that [Trump] and his staff and advisors did not accept Russian interference, or otherwise collaborate during the campaign, and conclusive disavowal and repudiation of such collaboration and interference going forward.”

The electors’ letter appears to be a separate effort from that of electors in California, Colorado, and Washington, who have called on fellow electors to vote against Trump during the Electoral College’s Dec. 19 meeting.

Neither Trump’s transition team nor the Office of the Director of National Intelligence immediately responded to our requests for comment.

“The bipartisan electors’ letter raises very grave issues involving our national security,” John Podesta, Clinton’s campaign chairman and a hacking victim, said in a statement Monday. “Electors have a solemn responsibility under the Constitution and we support their efforts to have their questions addressed.”

Update 1:40pm CT, Dec. 13: Nineteen additional electors have joined the call for a briefing, bringing the total to 29. These include representatives of Colorado, Virginia, Washington, California, and others—all Democratic strongholds that voted for Hillary Clinton. In total, 37 electors would need to flip their votes to put Trump below the threshold of 270 for victory.