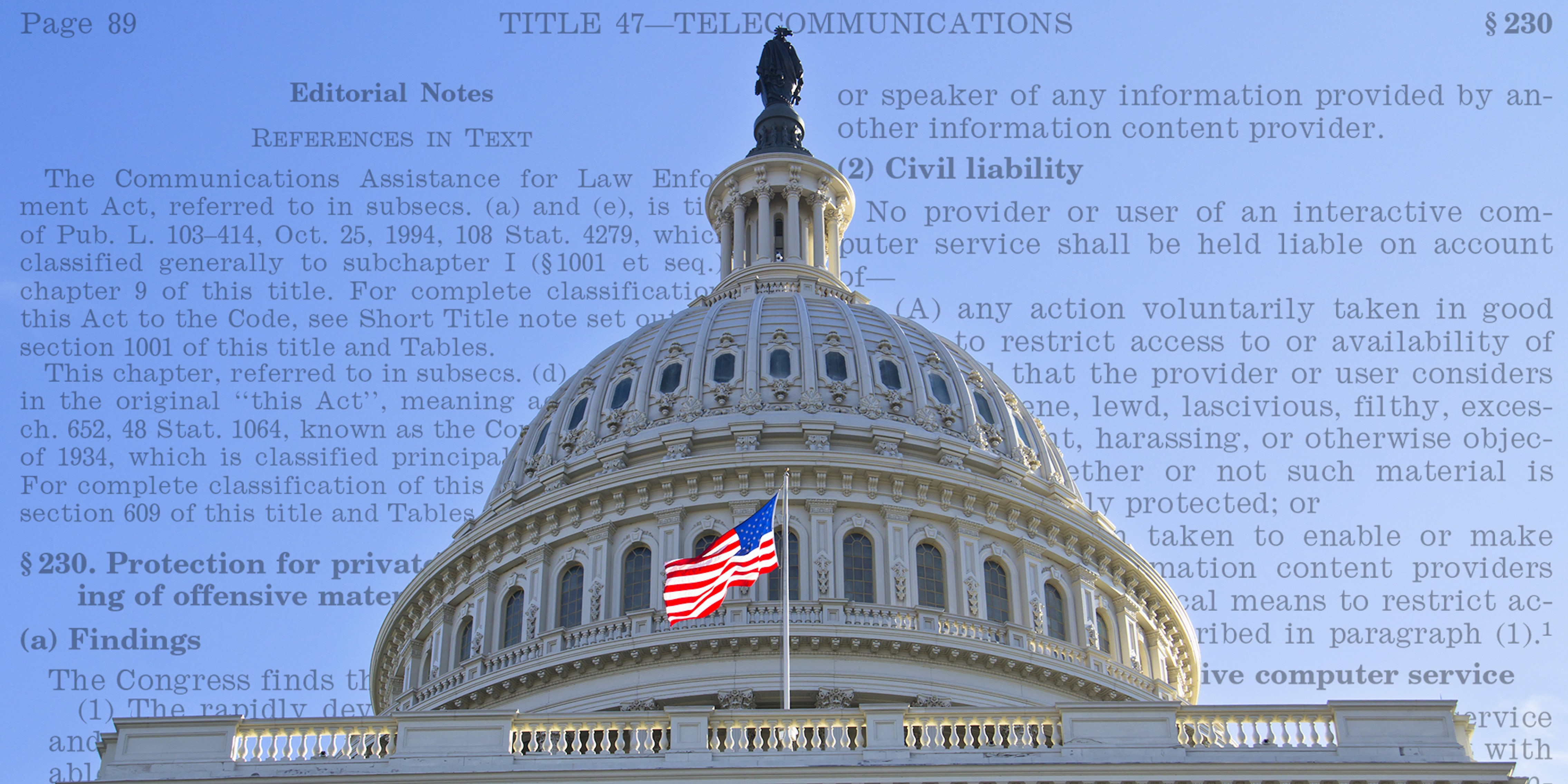 The case is set to be heard in February.

In the brief, EFF said the case of Gonzalez v. Google could “be detrimental to all users’ speech online” if the Court sided with the petitioners. The suit, which was launched in the wake of the 2015 Paris terrorist attacks, argues that platforms that use algorithmic recommendations for users should be held liable for what they recommend. It also argues that Section 230 should not apply to services that enable users to find and share content via URLs or website addresses.

If the Court sides against Google, it would be the largest change to platform protections under Section 230 of the Communications Decency Act. The rule gives social media platforms and companies broad immunity from what gets posted on the platform. The Gonzalez v. Google case could alter that significantly. The EFF argues that it would make the internet worse and demonstrably less free.

The case is set to be argued next month.

“Under this new legal regime, intermediaries would hesitate to make content accessible via URL,” the brief said. “Searching and sharing would be severely limited. Content could exist online but only in an unindexed vacuum. A content creator or original poster may be able to see the content they uploaded, but online platforms would prevent other users from knowing where to find it or how to share it.”

EFF said the petitioners seek a “narrow interpretation” of Section 230 that would “drastically erode the significant benefits Congress sought in enacting the statute.”

The nonprofit also said that striking down 230 protections for platforms would lead to an increase in censorship.

“Any narrowing of Section 230’s immunity would lead online platforms to either pre-screen or remove after-the-fact any user content that may be even remotely problematic to mitigate their legal exposure,” the brief said. “Pre-screening is particularly worrisome as it would prevent content from being published in the first place, ending the unique ability of anyone with an internet connection to communicate with others around the world cheaply, easily, and quickly.”

The brief argued that Section 230, outside of protecting speech online, provides a legal incentive for companies to keep protected speech online during the threat of legal action and that the Court’s decision could make platforms more likely to cave under the pressure of a lawsuit.

“Section 230 also ensures that online intermediaries have strong legal incentives to keep protected speech online in the face of a person’s threat to sue over a particular piece of user speech,” the brief said. “Yet under Petitioners’ legal theory, there is increased risk to keeping user-generated content up in the face of such legal threats. Thus, intermediaries would be more likely to remove the content at issue rather than investing resources in investigating or fighting the complaint.”

A lawyer for EFF did not respond to a request for comment.

Section 230 has been a hot issue in recent years for politicians on both sides of the aisle. Politicians from Rep. Marjorie Taylor Greene (R-Ga.) to President Joe Biden and former President Donald Trump have all come out with plans to either reform or completely strip Section 230.