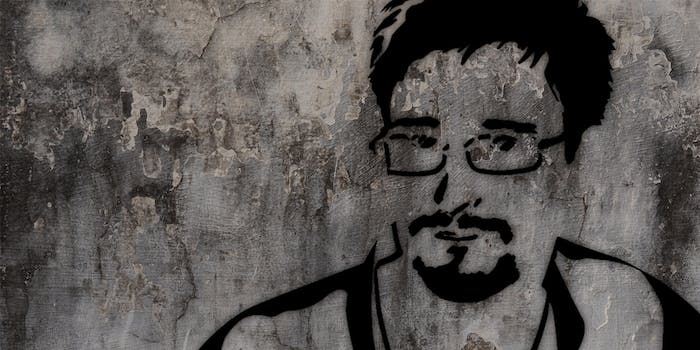 How WikiLeaks and Edward Snowden cashed in on the Bitcoin boom

As the price of Bitcoin skyrockets, so does Edward Snowden's defense fund.

For Internet-minded nonprofits, accepting donations in the form of Bitcoin is an act of faith, as the volatile digital currency’s market is prone to wild fluctuations. But in the last few weeks the gamble has paid off: Since the beginning of November, the price of Bitcoin, and thus these organizations bankrolls, has more than tripled.

Perhaps the two most poignant recipients of this windfall are WikiLeaks and the defense fund of former intelligence contractor Edward Snowden, who leaked a trove of secret documents revealing the National Security Agency’s massive online spy programs. Both have thrown their lots in with a particularly radical vision of the future of the Internet, one largely unregulated and unhampered by state intervention.

Price of Bitcoin since Nov. 1, 2013. Screenshot of Bitcoinity.org

Bitcoin is exactly that. As Bitcoin.org states, “Bitcoin is open-source; its design is public, nobody owns or controls Bitcoin and everyone can take part.” It is, like the Internet privacy advocated by Snowden and WikiLeaks, an experiment. Fittingly, their successes of all three enterprises are linked.

Because of the open nature of Bitcoin, it is easy to track how much money both organizations have received. According to Blockchain.info, to date, WikiLeaks has a balance of 1,111.6 Bitcoins, or BTC, while Snowden’s fund has about 144.8 BTC.

On Nov. 1, that amounted to $232,324 and $30,263 respectively. Today, WikiLeaks’ Bitcoin investment has jumped to $689,192 while Snowden’s has reached $89,776. Particularly in the case of Snowden, where the money will potentially someday go to keeping him out of prison, that jump is huge.

Right now, Snowden has temporary asylum in Russia, where he has been since July. The country will protect him until at least next summer, when he will have to apply again. If Snowden can’t renew his status, he may still have other options to avoid U.S. prosecution. Earlier this year several Latin American Countries offered him protection. However, their interest is in him is no doubt contingent upon their political relationship with the United States, particularly with regards to Internet issues. In that case, the value of his Bitcoin wallet could mean the difference between freedom and a life in prison.

Of course, for the same reasons Bitcoin has been a boon for WikiLeaks and Snowden, it could also be a financial disaster. When people donate digital currency to either organization, there is still no doubt a set dollar amount they understand themselves to be giving. So, say they donate $600 in Bitcoin—a bit less than one coin—today. In a few days, the value of their donation could easily drop to $200.

Ultimately, though, in this case, the only value that matters is that of Bitcoin on the day (if it ever comes) that Snowden finds himself in custody. That would be a year off and, like Snowden’s own fate, far too difficult to predict.