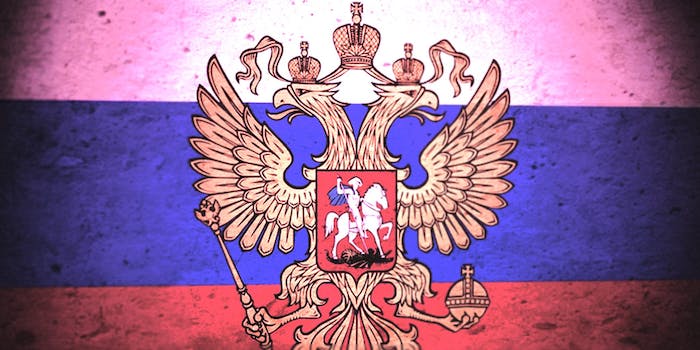 “I don't think ... Mr. Snowden woke up one day and had the wherewithal to do this all by himself.”

A U.S. Congressmen revealed to NBC Sunday that an investigation is underway to determine whether Edward Snowden was aided by Russia in the theft of top-secret U.S. National Security Agency files.

Rep. Mike Rogers (R-Mich.), chairman of the House Intelligence Committee, told NBC’s Meet the Press, “I believe there’s a reason he ended up in the hands—the loving arms—of an FSB agent in Moscow,” referring to a member of Russia’s top security service.

Snowden currently resides in Russia, where he was granted temporary asylum after leaking tens of thousands of classified documents to reporter Glenn Greenwald.

Rogers offered nothing conclusive to back up his allegations while on air. He did, however, reference some unnamed intelligence, which he described as “clues,” and said an investigation into Russia’s connection with Snowden is underway.

Sen. Dianne Feinstein (D-Calif.), head of the Senate Intelligence Committee, issued a similar accusation, claiming that Snowden “may well have” been aided by Russia at some point, but “we don’t know at this stage.”

Rep. Michael McCaul (R-Texas) made similar statements to ABC’s This Week. The chairman of the House Committee on Homeland Security said that he “personally believed” Snowden was “cultivated by a foreign power.” McCaul told ABC, “Hey, listen, I don’t think … Mr. Snowden woke up one day and had the wherewithal to do this all by himself.”

I’m not surprised official DC has sunk to “he’s a Russian spy!”- that’s just panic – but the way media has mindlessly repeated it is amazing

According to Reuters, U.S. security officials said as recently as last week that there is no evidence Snowden collaborated with foreign agents while obtaining or leaking any classified documents.

In October, Snowden told the New York Times that none of the NSA material was carried with him into Russia. “There is 0 percent change the Russians or Chinese have received any documents,” Snowden said.