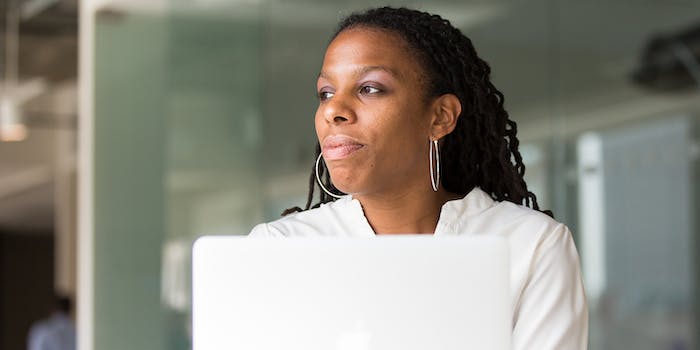 Women make significantly less money than men when selling the same items on eBay, according to a study published Friday in the journal Science Advances.

Researchers analyzed more than one million transactions on the e-commerce platform and discovered that women made an average of 20 percent less selling new items than their male counterparts. They made three percent less than men selling used items.

The takeaway here is that, if your eBay username is Michelle1805, you might get $80 for a smartwatch that your friend Mike1805 could sell for $100.

Israeli scholars Tamar Kricheli-Katz, a professor at Tel Aviv University, and Tali Regev, a professor at the Interdisciplinary Center Herzliya, used data from the eBay Research Lab to draw their conclusions.

Kricheli-Katz and Regev looked at individual users selling 420 of the most popular products on eBay in transactions from 2009 to 2012. Because eBay doesn’t show the gender of the seller, buyers infer gender based on usernames and the type of products they sell. eBay collects gender information when users sign up for the site, so researchers knew the genders of everyone in the study and compared them to people’s purchasing behavior.

Using data from auction-only transactions to eliminate the variable of haggling, they found that, “on average, women sellers received about 80 cents for every dollar a man received when selling the identical new product and 97 cents when selling the same used product.”

To determine how accurately people could guess a seller’s gender, the two professors turned to Mechanical Turk and asked participants to try identifying different sellers’ genders. Each participant received five accounts to identify. Of the 2,000 evaluations, participants guessed correctly in 1,127 cases; they were wrong with just 170 accounts. (In 701 cases, they couldn’t figure out the seller’s gender.)

It’s not just eBay data that proves that buyers discriminate on the basis of gender. To further investigate bias in purchasing habits, the researchers asked 116 people on Mechanical Turk to assign a value to a $100 gift card. Of the 116 subjects, 59 evaluated a card sold by Alison, while 57 evaluated one sold by Brad.

The people evaluating Alison’s card valued it at an average price of $83.34, while Brad’s card received an average value of $87.42.

The eBay study is the latest research to investigate how perceptions of gender shape online behavior. Earlier in February, a study of the social coding platform GitHub showed that women’s suggestions for code changes had a higher acceptance rate—but only when their gender was unknown.

The eBay research also shows that pay disparities in the workplace appear to follow women onto auction sites, too. As the authors of the study point out, these disparities could be even worse in cases where one’s gender is known, rather than simply guessable.

“The results of our study are particularly noteworthy when we consider the market that we studied,” they wrote. “As a policy, eBay does not explicitly state the gender of its users. Nevertheless, men and women are easily gender-categorized by other users. We suspect that even greater divergences are present in other product markets where gender is always known.”