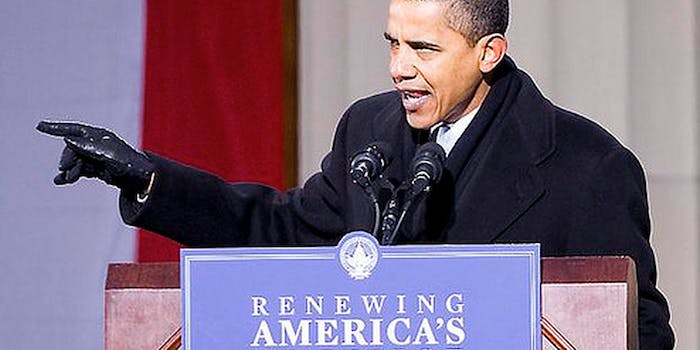 Scalp an inauguration ticket before senators shut it down

Internet marketplaces like eBay and Craigslist are cracking down on scalpers hawking tickets to Monday's inauguration.

Internet marketplaces are cracking down on scalpers hawking tickets to Monday’s inauguration.

Sen. Charles Schumer (D-N.Y.) is leading the push to remove the tickets from eBay and Craigslist. Why does he care? Tickets are given out free, on a first-come, first-serve basis, by state senators and representatives. Schumer has asked the Internet giants to block and delete all sales.

“eBay and Craigslist are doing the right thing in stopping the sale of scalped tickets to one of our nation’s most sacred events,” said Schumer in a statement.

Only certain viewing areas require tickets, and the government is trying its hardest to fill those spaces. This year, it handed out 250,000 passes.

A search on eBay reveals that the tickets have been removed, but the Washington Post notes that a few passes were being sold for prices as high as $800. A seller, who goes by “luvly_scene22,” told the newspaper she didn’t know the tickets weren’t for sale.

Each ticket says “Not for Sale” on it.

You can still purchase one on the Washington, D.C., section of Craigslist, which claims it’s monitoring sales and removing ticket listings. One person is selling a “Lady Gaga X Obama Bundle” for a price of $700.