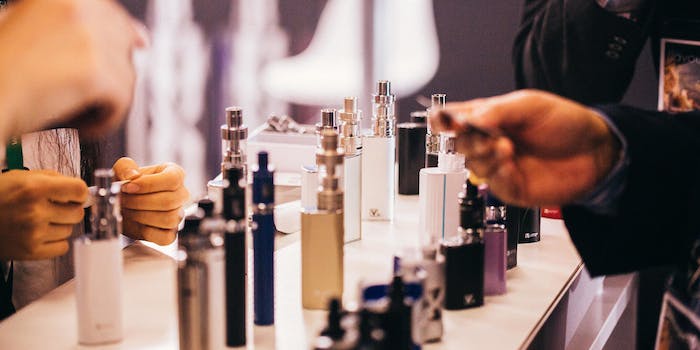 Vapers have been pushing back against the proposed flavor ban.

Vape shops may get an exemption from the planned crackdown on e-cigarette flavors by President Donald Trump’s administration, according to a new report.

Bloomberg reports that White House adviser Kellyanne Conway said on Wednesday vape shops could be exempt from the upcoming plan from Trump’s administration.

In early September, Health and Human Services (HHS) Secretary Alex Azar said the Food and Drug Administration (FDA) was finalizing a policy that would ban the sale of all non-tobacco flavored e-cigarettes, including menthol.

However, in the wake of the announcement, some conservatives showed the White House data about how the ban could impact voting in the 2020 presidential election. Amid all of this, there has been a huge push back by vapers against the proposed ban.

Last week, Axios reported that the Trump administration was nearing a flavor ban that would not include menthol, a change from the initial announcement from Azar.

Now it appears, according to Bloomberg, that there may be some more exemptions to the flavor ban. Conway told the news outlet that HHS had jurisdiction over e-cigarettes, but not vape shops.

“This is a burgeoning health crisis; the difference is between kids and adults,” she said. “So HHS and FDA have jurisdiction over cigarettes and e-cigarettes under the Tobacco Control Act. They do not have jurisdiction over vaping and vape shops, for example. So, if we’re talking about e-cigarettes, the president, yes, he’s been discussing this with his team and he will, or HHS, will make an announcement soon.”