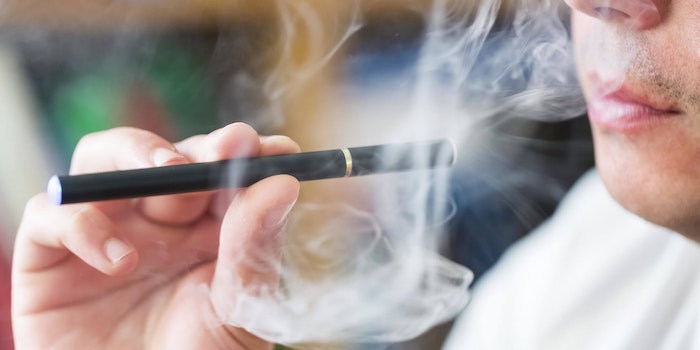 President Donald Trump’s administration on Thursday announced that it was banning most cartridge-based e-cigarette flavors, but leaving out an exemption for tank-based vapes.

The U.S. Food and Drug Administration (FDA) announced its enforcement policy on Thursday. The policy forces manufacturers to stop the distribution and sale of cartridge-based flavors—except for tobacco and menthol.

The new policy will take effect in 30 days, according to the FDA.

“By prioritizing enforcement against the products that are most widely used by children, our action today seeks to strike the right public health balance by maintaining e-cigarettes as a potential off-ramp for adults using combustible tobacco while ensuring these products don’t provide an on-ramp to nicotine addiction for our youth,” Health and Human Services Secretary Alex Azar said in a statement.

Open tank vapes, like ones typically found at vape shops, will not be subject to the policy.

The policy announced on Thursday is a step back from what the Trump administration initially set out to do.

In September, Azar said the FDA was finalizing a policy that would have banned the sale of all non-tobacco flavored e-cigarettes. However, over time (and amid public pressure), the administration signaled that they would draw a distinction between e-cigarettes and vapes.

Reports also suggested that Trump was warned about the potential political consequences of a total ban, with some conservatives circulating data that showed such a move could have a voter impact in swing states during the 2020 election.

A week ago, the FDA officially raised the vaping age to 21 after congressional authorization.