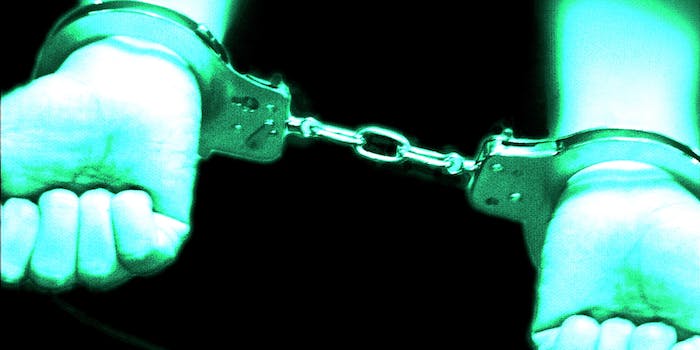 His bond hearing is this afternoon.

Authorities have charged Dylann Roof with the murder of nine people at an historic African-American church in Charleston, South Carolina.

The charges follow a confession from the 21-year-old, according to law enforcement officials.

In addition to nine counts of murder, Roof is charged with the possession of a firearm during the commission of a violent crime.

An official told CNN that Roof, who is white, intended to start a race war, a claim backed up by one of his friends, Joey Meek, who told ABC News that Roof “wanted something to spark up a race war again.”

Despite these alleged desires, Roof had seconds thoughts on carrying out the terrorist attack at Emanuel African Methodist Episcopal Church in Charleston on Wednesday night, according to law enforcement officials. The 21-year-old reportedly wavered because “everyone was so nice to him, but he ultimately decided he “had to go through with his mission.”

#CharlestonShooting suspect told cops he "almost didn't go through with it because everyone was so NICE to him." http://t.co/xwJpqjsfpd

Roof purchased a .45-caliber handgun in April, according to law enforcement officials. His grandfather said Roof used birthday money to buy the firearm without knowledge from his family, contrary to earlier reports that his father purchased the weapon. It is currently not publicly known whether this was the gun used in the massacre.

Roof stayed at the church, where parishioners were holding Bible study, for an hour before initiating his deadly massacre. While carrying out the attack, Roof reportedly told the worshipers “you rape our women, and you’re taking over our country.”

The nine victims, all of whom were black, include Clementa Pinckney, 41, a South Carolina state senator, and one of the reverends of Emanuel AME; Sharonda Coleman-Singleton, 45, another reverend at the church; Rev. Daniel Simmons, 74, a retired pastor in Charleston; Rev. DePayne Middleton-Doctor, 49, the director of Charleston’s Community Development Block Grant program; Cynthia Hurd, 54, a librarian and manager of the Charlest County Public Library; Myra Thompson, 59, a third pastor at Emanuel AME Church; Ethel Lee Lance, 70, a retired employee of the Gaillard Center for performing arts and the church’s janitor; Tywanza Sanders, 26, a recent graduate of Allen University; and Susie Jackson, 87, a grandmother and parishioner at Emanuel AME.

Pictures of Roof have surfaced have surfaced showing him wearing a jacket featuring a South African apartheid flag, and a Rhodesian flag, a symbol shared by white supremacists.

Photo via Connor Tarter/Flickr (CC BY 2.0) | Remix by Max Fleishman