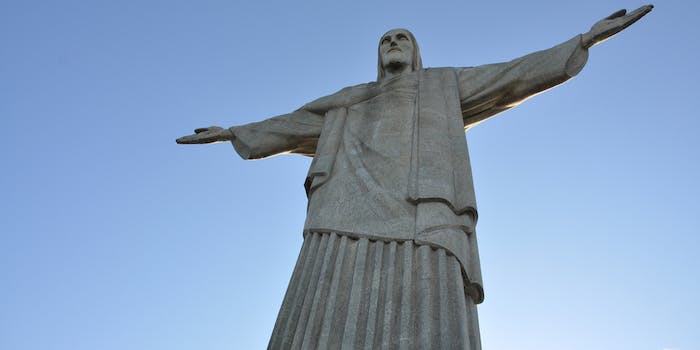 Is there anything drones can't do?

Drones are saving lives, delivering packages, and making movies, and now, we can cross “create an accurate 3D model” off the bucket list, too.

The Pontifical Catholic University of Rio de Janeiro, along with a 3D-scanning company called Pix4D and a Canadian drone company called Aeryon, has produced the first truly accurate model of Brazil’s famous Christ the Redeemer statue.

“Data was collected for six consecutive mornings, on-site in late October,” Aeryon said in its press release. “The main challenges for the data acquisition were the changing weather and wind conditions, restricted hours for data acquisition (flights could only take place before and after visiting hours), and inconsistent lighting conditions (shadows in early morning and late afternoon).”

Given Christ the Redeemer’s historic nature and iconic global status, you would think that the Brazilian government would have long ago perfected the art of measuring the statue. But the structure poses unique problems for the typical high-tech scanning methods used to map large objects.

“Accurate 3D reconstruction has not been possible until today because technologies, such as LiDAR, cannot scan the complete statue due to its size, location, difficult accessibility, and challenging weather conditions,” Aeryon explained.