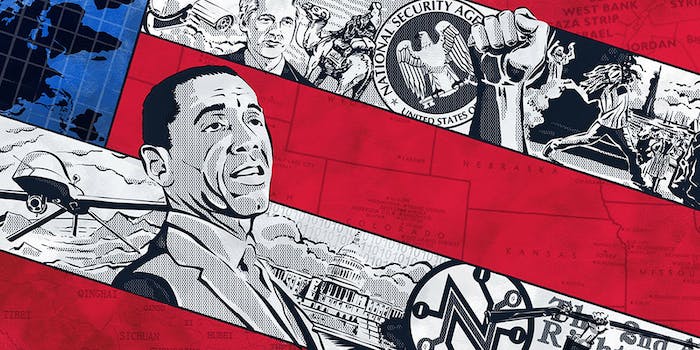 There was one point this week when we thought the most depressing terrorism-related story we’d see was someone unsuccessfully attempting to blow up an NAACP headquarters in Colorado. The depressing part wasn’t just that someone tried to destroy the offices of one of America’s oldest civil rights organizations, but that the media didn’t really seem to care.

A handful of local news pieces hit shortly after the event, but then the story seemed to fizzle over the course of the day, which is weird because, even though the primary suspect was described by witnesses as as “Caucasian,” it’s still technically an act of terrorism under every possible definition of the word “terrorism.” There was pretty much nothing until some people on Twitter made the connection over whether or not #BlackLivesMatter and what would have happened had the suspect’s complexion maybe been considerably swarthier. Prediction: wall-to-wall coverage of the event on Fox News as opposed to virtually nothing.

The Twitteratti erupted, as they are wont to do, and guilted a lot of news orgs that initially ignored the bombing attempt into covering it. It’s evidence that hashtag activism really can make a difference when it comes to driving the conversation in productive directions—as long as that conversation happens largely among people who use Twitter obsessively.

At that point, which was much like every point spanning time immemorial, we were hoping that there would be no more awful terrorism stories for the rest of the week. That turned out not to be the case.

The deadly attack on the offices of the French satirical magazine Charlie Hebdo left a dozen people dead and the subsequent wave of violence that erupted the area around Paris left people around the world reeling. How could human beings do something so senseless, so aggressively inhumane, in retaliation for publishing cartoons?

Charlie Hebdo attack sparks wave of offensive Muhammad drawings. Since the terrorists allegedly behind the Charlie Hebdo attacks, who have been killed by French police, didn’t want people drawing offensive caricatures of the Prophet Muhammad, some people on Reddit decided to draw a many offensive caricatures of the Prophet Muhammad as possible. The founder of the second largest religion in the world, whose image isn’t supposed to be represented at all as per Islamic law, was rendered as irreverently as possible over and over again.

“There’s an image of Muhammad as a pink unicorn with a penis for a horn, who poops rainbows. Muhammad cross-dressing. Muhammad with penises for hands and feet. Muhammad fellating Satan. Muhammad being peed on. Muhammad having sex with a goat. Muhammad with boobs. Muhammad in a three-way with a pig and Facebook founder Mark Zuckerberg, or with a horse and Justin Beiber. Muhammad as a sort of… gay suicide bomber who might be in the Navy?”

Presumably, most of the people who posted their cartoons anonymously on the social news site thought they were being just as brave as the team behind Charlie Hebdo, who, shortly after their officers were firebombed by Islamic radicals in 2011, put out an issue with a picture of a bearded Muslim man (presumably a terrorist fighter), passionately kissing one of the magazine’s cartoonists. They were not.

How to draw Muhammad without being racist, from the Daily Dot’s S.E. Smith:“Satire doesn’t have to be nice. The goal isn’t to be kind. Often, it’s specifically to make people uncomfortable, by challenging their beliefs, attitudes, and perceptions. At times, satire may be blasphemous or culturally offensive, but people should not be forced to censor themselves in accordance with a narrow list of acceptable political commentaries, if indeed such a list could ever exist in the first place. It’s impossible to write a prescription for a cartoon that won’t upset anyone, and if it didn’t upset a single reader, it wouldn’t really work as satire.

“However, when it becomes mean for the sake of being mean—when it becomes sexist or racist, transphobic or Islamophobic—we should be pausing to ask whether it’s a contribution to the conversation, or just a way to shut it down. By punching something down with a dismissive comment or cartoon, we effectively illustrate that we are uninterested in engaging with it.

“This act of violence, tentatively attributed to the Charlie’s history of running images of Muhammad, has contributed to a larger conversation about satire involving the prophet. Some Muslims consider depictions of the prophet to be blasphemous, and a handful of extremists have issued threats to publications that dare to include him in political cartoons or other media. If it’s blasphemous and disrespectful, is it appropriate to depict him at all, let alone show him engaged in potentially offensive activities? The answer to both of these questions is yes, just as it is with anyone else, from Michelle Obama to Jesus Christ.

“But there’s still a difference between satire—like a magazine cover making fun of a social panic over having a black president—and simple abuse—like repeatedly depicting President Obama as a monkey. Cartooning becomes something else when it’s purely cruel and provided without any substantive commentary. At that point, it crosses over the very thin line between satire and something else entirely.”

TL;DR – Even if the degrees are vastly different, the response to blind hatred shouldn’t also be knee-jerk blind hatred. If you’re fighting for free speech, create the type of speech you want to see protected, not just because those rights are important, but because the speech itself does something worth protecting.

Why did USA Today run a Charlie Hebdo op-ed by an extremist? For business travelers whose companies are too cheap to spring pay for hotel Wi-Fi, USA Today is often their first source of news about the world when they wake up in the morning. So, many of them might have been surprised to read an op-ed in the paper by Anjem Choudary sympathizing with the terrorists attackers and blaming the French government for the deaths of the Charlie Hebdo staffers because officials allowed the magazine to publish material some Muslims found offensive.

There’s nothing inherently wrong with adding Choudray’s voice to the conversation. The anti-free speech perspective is one that most American literally never get, so letting someone attempt to present it on its merits isn’t necessarily a bad thing. He also went on Fox News to get in a shouting match with Sean Hannity the same day over much the same set of points.

Except, of course, presenting Choudray—someone who cheered the 9/11 attacks and called ISIS leader Abu Bakr al-Baghdadi “the caliph of all Muslims and the prince of the believers“—as presenting the Muslim point of view on the attacks when the overwhelming majority of the world’s Muslims had the same reaction to the attack as the world’s non-Muslims. We’re paraphrasing here: “That s**t is f**ked up. Not cool. Not cool at all.”

Remember when USA Today was covering Obamacare and got that anarchist mystic healer to write an op-ed about how all government should be immediately abolished and the health care system replaced by a series of pamphlets about guided meditation? Yeah, it’s a lot like that.

Alleged Charlie Hebdo shooter to man he let live: ‘We don’t kill civilians’. What it’s like to go into a printing shop for a meeting, shake hands with a gun-toting, black-clad terrorist, and live to tell the tale.

It is somewhat poetic that these cowards who attacked the free press are making their final stand in a printers. #Dammartin #JeSuisCharlie

Ok, only happy stuff from this point on. We promise.

Google, Guardian pledge thousands to help Charlie Hebdo live on. A $300,000 donation from the Google-backed Digital Innovation Press Fund. Another £100,000 from the Guardian, more donations coming from Le Monde, France Télévisions, and Radio France. Free printing donated by two different printers, boosting circulation from the standard 60,000 copies up to 1 million. Excuse us while we take a weekend-long crash-course in French. The next issue of Charlie Hebdo comes out on Wednesday. We hope it’s better than The Interview.

Here are some pictures of a young Anjem Choudray getting drunk and looking at pornography.

VP Biden, to an attractive young granddaughter of Sen. Hatch: "I hope you have a fence around your house!"

Somewhere out there on the Internet is a living manifestation of all that is good online. His name is Darth. Armed with little but a copy of Photoshop and a seemingly endless amount of free time, Darth is an angel, answering the prayers of all the good little boys and girls who know how to ask for his help.

FCC chairman hints that agency will adopt strong net neutrality rules. An online White House petition calling for the removal from office of United States District Attorney Carmen Ortiz for what many have called the “prosecutorial overreach” that led to the suicide of Internet freedom activist Aaron Swartz. The petition received over 60,000 signatures and triggered a response from the White House. While the Obama Administration declined to fire Ortiz, officials did reaffirm their “belief that a spirit of openness is what makes the Internet such a powerful engine for economic growth, technological innovation, and new ideas.”

One sign the Administration may be putting its regulatory obligations where its mouth is: FCC Chairman Tom Wheeler tiptoeing right up to the line of promising Title II reclassification of broadband Internet service that would enshrine net neutrality as the law of the land.

Obama pledges to send every American to college for free. Students will still have to pay for their own bongs unless the Obamacare death panels suddenly get a whole lot more chill.

Major Bitcoin exchange Bitstamp loses up to $5.2 million worth of coins in hack. This isn’t technically “happy stuff,” but you probably forgot Bitcoin even existed, so it’s basically a wash. Throw in this music video from Japan’s premiere prefab, teen-girl, heavy metal, pop trio Babymetal you’ll unquestionably come out ahead.

Oh, and CISPA is back. Again. If you send enough angry emails to your congressperson to convince him or her to kill it, you can have a little party at your desk.

Hopefully next week will have less terrorism. It may be cold comfort, but the world is actually more peaceful today than it’s been at any time in history. It all just goes slowly, in fits and spurts. Whenever possible, be like these otters: 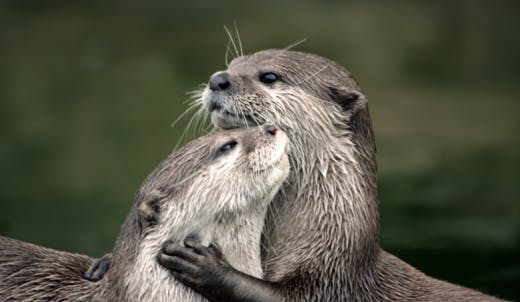