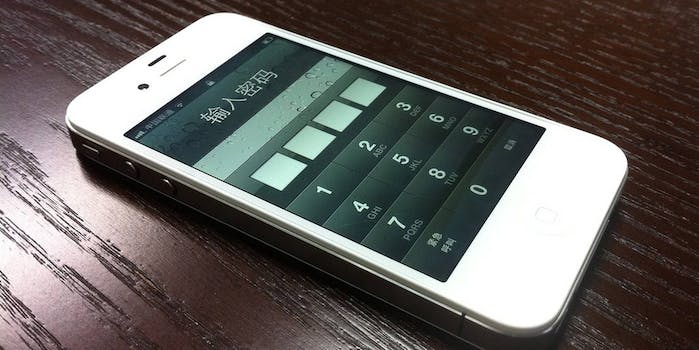 Will Trump follow through on his promise of tariffs?

Throughout his long presidential campaign, Donald Trump has blamed some of America’s woes on China. He’s blamed the country for a global warming hoax, claimed it was a currency manipulator, and said he would wallop China with a trade war as president.

Now that Trump is the president-elect, it sounds like China is tired of listening to his threats.

In an editorial in the Global Times, a Chinese state-run newspaper, it threatened to take “countermeasures” and a “a tit-for-tat approach” if Trump tried to impose tariffs and that iPhone sales and U.S. auto sales in China “will suffer a setback.” Wrote the Global Times:

Trump as a shrewd businessman will not be so naïve. None of the previous presidents were bold enough to launch an all-out trade war against China. They all opted for a cautious line since it’s most consistent with the overall interests of the U.S., and it’s most acceptable to U.S. society.

Trump cannot change the pattern of interests between China and the U.S. The gigantic China-U.S. trade is based on mutual benefits and a win-win situation. Even as president, Trump can exert limited influence on it.

If Trump wrecks Sino-U.S. trade, a number of U.S. industries will be impaired. Finally the new president will be condemned for his recklessness, ignorance and incompetence and bear all the consequences. We are very suspicious the trade war scenario is a trap set up by some American media to trip up the new president.

As of Monday morning, however, Trump’s differences with China appear to be thawing.

According to Reuters, Chinese President Xi Jinping told Trump that cooperation between the two countries was the only choice that could be made. China Central Television quoted Xi as telling Trump that the two nations must “promote the two countries’ economic development and global economic growth” and “push for better development going forward in China-U.S. relations.”

Previously, Trump had said he would impose a 45 percent tariff on Chinese imports, a move the Global Times pointed out would be impossible under U.S. law.

“The greatest authority a U.S. president has is to impose tariffs of up to 15 percent for 150 days on all imported goods, and the limit can only be broken on the condition that the country is declared to be in a state of emergency,” the newspaper wrote. “Other than that, a U.S. president can only demand a tariff increase on individual commodities.”

Like for many of Trump’s campaign promises, it’s impossible at this point to know whether he truly meant it or whether he’ll back down without much of a fight—or whether Apple has a reason to be concerned about its global iPhone sales.