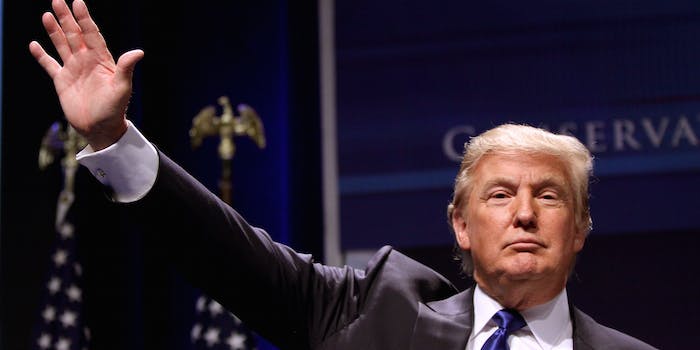 It's his second win of the night.

Donald Trump has won the Michigan primary, scoring his second victory of the night.

Trump topped the Republican field in Mississippi earlier Tuesday evening, securing the bulk of the state’s 40 delegates. Michigan awards 59 delegates, and both states distribute delegates proportionally based on voter support.

Trump’s wins in Michigan and Mississippi further widen his lead in delegates. Not including those states, Trump has 384 delegates of the 1,237 needed to win the nomination.

The Republican presidential candidates will face consequential contests in Ohio, Florida, Illinois, Missouri, and North Carolina on March 15. All but North Carolina and Missouri are winner-take-all states. If Trump wins the majority of the delegates next week, he will make it difficult for any challenger to deny him the Republican presidential nomination.