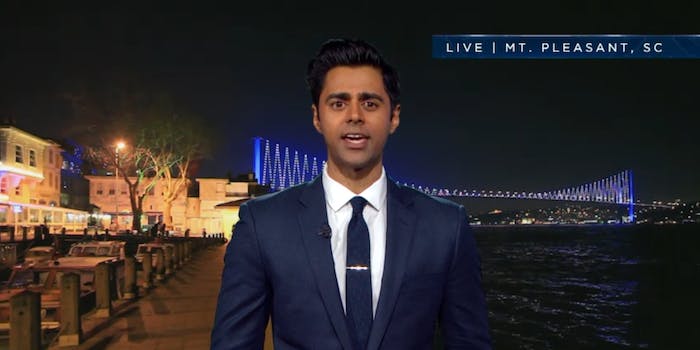 Donald Trump has more in common with ISIS than you might think.

You know that moment in action movies where the villain tells the hero, “We’re two sides of the same coin, you and I?” According to The Daily Show, Donald Trump may be playing out that exact scenario with ISIS right now.

In the wake of Trump’s call to block Muslims from entering the U.S., The Daily Show made a simple but important point: doesn’t Donald Trump sound weirdly similar to the people he’s trying to defeat? Is he, in fact, the white ISIS?

“Donald Trump is an extremist leader who came out of nowhere,” said correspondent Hasan Minhaj. “He’s self-financed, recruits through social media, attracts his followers through radical ideology to take over the world, and is actively trying to start a war between Islam and the West.” Does the evidence speak for itself?