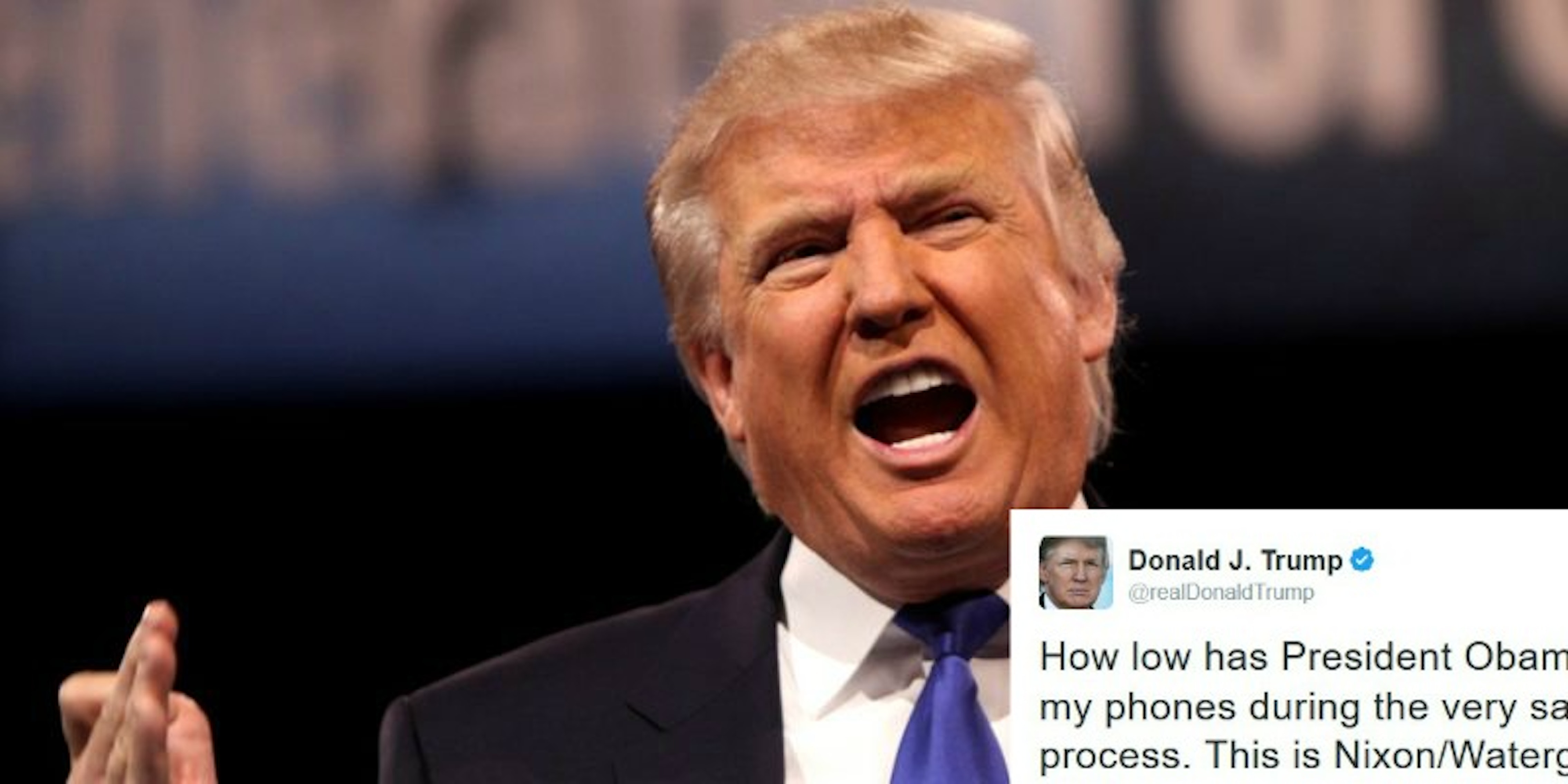 Donald Trump appears to have gotten his information from right-wing media outlets.

President Donald Trump, under increasing fire about his possible ties to Russia and how that affected last November’s election, went on a Twitter rant early Saturday morning in which he accused former President Barack Obama of tapping his phones and called him “a bad (or sick guy).”

While this rant seemingly came from nowhere, Politico linked it back to conservative talk radio host Mark Levin who said Thursday that Obama had used “police tactics” to try to hurt Trump as his presidential campaign neared its end. Levin said the Obama administration got court authorization to spy on Trump Towers, and he called it a “silent coup” by Obama.

The New York Times reported in January that when the FBI, the National Security Agency, and the CIA were investigating the possible ties between members of the Trump campaign and Russia, they had examined “intercepted communications and financial transactions” as part of their investigation. Those wiretapped communication then were reportedly provide to the White House.

But that wouldn’t have been Obama ordering an apparent wiretapping on Trump Tower.

Fact check: President Obama did not order wire taps — that would be James Comey, head of the FBI. https://t.co/R8sOmgpG8P

Now, though, there’s this question about whether Trump just revealed previously classified information.

Update 8:39am CT: This is how a top Obama aide responded to Trump’s charges.

No President can order a wiretap. Those restrictions were put in place to protect citizens from people like you. https://t.co/lEVscjkzSw

Update 12:12pm CT: Another Obama spokesman has weighed in on Trump’s accusations.

Statement from Obama office, denies Trump's Twitter accusation (for which he produced no evidence and apparently stems from right-wing news) pic.twitter.com/IyuEv39z9Q