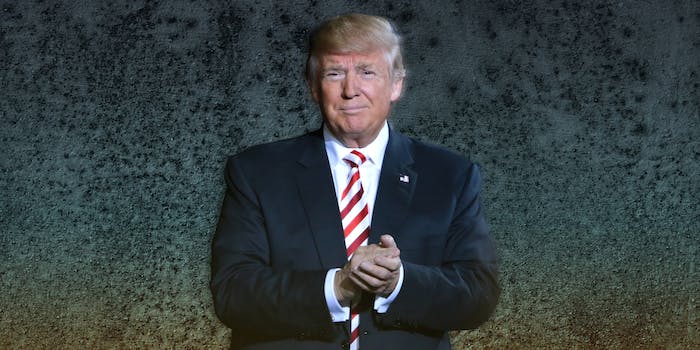 Trump has denied the claims.

The first alleged incident occurred in the early 1980s when 74-year-old Jessica Leeds said Trump sat next to her on a first-class flight, raised the arm rests, and started touching her about 45 minutes into the flight.

“He was like an octopus,” she said. “If he had stuck with the upper part of the body I might not have gotten that upset.
But it was when he started putting his hand up my skirt: That was it. I was outta there.”

Leeds relocated herself to coach mid-flight after the alleged sexual assault.

In 2005, 22-year-old receptionist Rachel Crooks told the Times that upon meeting Trump outside an elevator, the Republican presidential nominee kissed her on the mouth.

Trump denied both claims on Wednesday to the Times. “None of this ever took place,” he said.

During Sunday’s presidential debate, Trump downplayed a 2005 video in which he bragged to Access Hollywood‘s Billy Bush about his ability to sexually assault women with impunity. He denied ever actually walking up to women and kissing them or grabbing them “by the pussy,” saying it was just “locker room talk.”