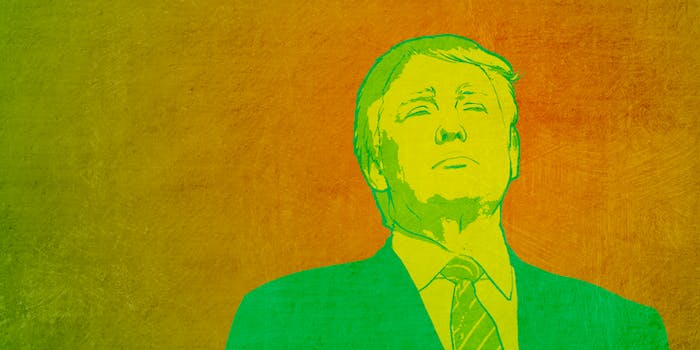 GOP frontrunner Donald Trump will retweet just about anything, even quotes from Italian dictator Benito Mussolini.

Last year, the news website Gawker set up a Twitter bot that would randomly tweet Mussolini quotes attributed to Trump in hopes he’d be stupid enough retweet them. It worked.

This morning, Trump retweeted a Mussolini quote that was attributed to himself.

"@ilduce2016: “It is better to live one day as a lion than 100 years as a sheep.” – @realDonaldTrump #MakeAmericaGreatAgain"

Trump was ridiculed for the retweet on Meet the Press by host Chuck Todd. Trump deflected in the most Trump way possible.