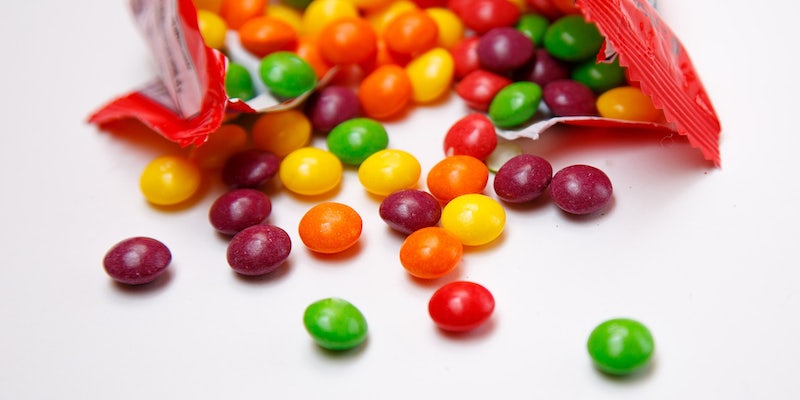 The meme he used to make his argument has a sordid history.

Taking a cue from his father, Donald Trump Jr. tweeted a head-scratching, racism-fueled mangled metaphor last night, in which he equated a handful of Syrian refugees to poisonous Skittles. 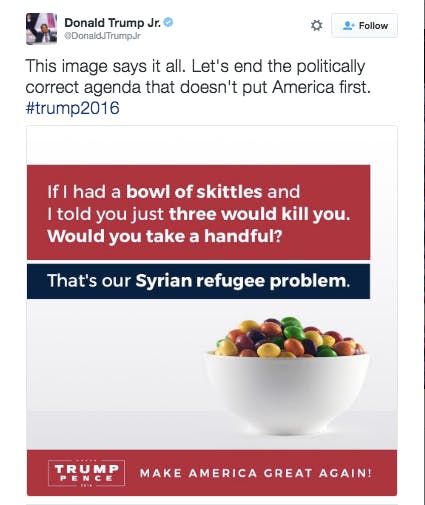 Above the image of the Skittles—of which “three could kill you,” much like “our Syrian refugee problem”—the son of the Republican presidential nominee wrote, “Let’s end the politically correct agenda that doesn’t put America first.”

Some on Twitter point out that the Skittles reference can be linked back to Trayvon Martin, the unarmed 17-year-old who was shot by George Zimmerman while carrying the candy.

Donald Trump Jr. makes a reprehensible analogy of Skittles & Brian Williams has no clue it's a racist reference to Trayvon Martin. @11thHour

A few also note that the image has been associated with other racist memes.

Fact 1: Someone used skittles in a terror analogy. Fact 2: It was one of Donald Trump's Children. Result: Democrats lost their minds. -VJ pic.twitter.com/SoMR37yCwy

But the meme may have gained the most popularity when it was used as a feminist argument a few years ago that men can’t be trusted—which is ironic to say the least. 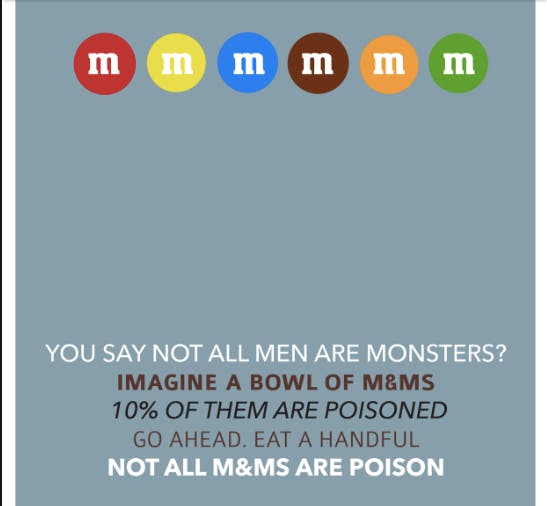 Two years ago, the feminist image was posted on Reddit, with many men decrying it as garbage. Which isn’t much different from what people are saying today about Trump Jr.’s post today.

That little boy, covered in dust & blood, in shock, alone in the back of an ambulance. Trump Jr wants us to fear that little boy. #Skittles

When reached for comment, a Skittles spokesperson provided the following statement to reporter Seth Abramovitch: