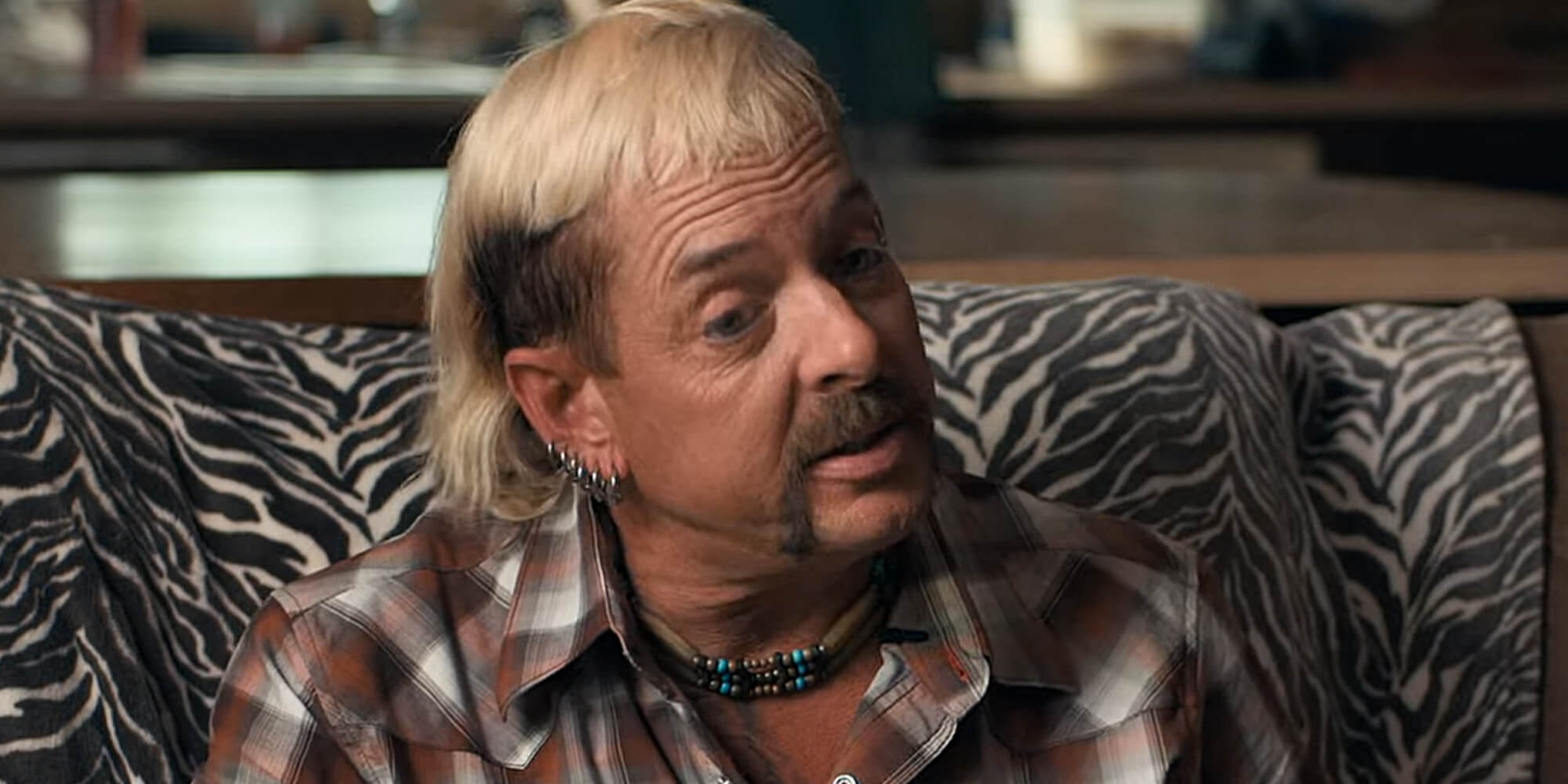 Netflix’s Tiger King has firmly planted itself in the cultural zeitgeist. And its rise is inextricably linked to the fact that the series launched at the same time that large swaths of the world were put under stay-at-home orders to help halt the spread of coronavirus.

With nothing to do, and nothing new to talk about, Tiger King overtook the discourse.

The two are tied forever, so it’s not all that surprising President Donald Trump, at his daily coronavirus news conference, was asked about possibly pardoning Joe Exotic, the titular character now serving over 20 years in prison for a murder-for-hire plot.

(It also doesn’t hurt that Trump’s son is extremely online and chimed in with his thoughts on the series, saying Exotic was punished too harshly.)

At yesterday’s presser, the New York Post‘s Steven Nelson asked Trump if he had any thought’s on pardoning Joe Exotic.

Because it came at a briefing on coronavirus, Goodwin and the Post took some heat online.

A number of people appalled by the question were journalists themselves.

At least Goodwin turned it into an article on the Post, noting that Trump would “look into” Exotic’s case, which is one of the more productive outcomes of one of Trump’s pressers, which have become daily exercises in both the president ridiculing the media and the media pearl-clutching about the sanctity of these song-and-dance routines.

The president has held a press conference now every day for over two weeks straight weeks, and the amount of real news that comes from it is astoundingly limited.

It’s a platform for him to provide unchecked information and make proclamations that both liberals and conservatives have agreed are actively detrimental to the health of the nation.

And White House correspondents who sit in on them are still, for some reason, obsessed with the sanctity and importance of them.

Just last month, a reporter with One America News, a conspiratorial website, asked Trump if the phrase “Chinese food” was racist.

For that, the reporter, Chanel Rion received an anonymous letter that said: “Do you think your question was helpful in halting the spread of the coronavirus?”

The criticism of Goodwin falls into the same realm but also reveals the self-seriousness and lack of awareness of the White House Press Corp three years into this presidency.

Have any questions any journalist has asked at one of these briefings “helped in halting the spread of the coronavirus?”

Getting to ask the president to his face “why did you lie?” isn’t halting the spread of coronavirus anymore than asking Trump about Tiger King is. It may feel cathartic, but these press conferences tend not to produce anything in the realm of hard news.

When NBC’s Peter Alexander caused a viral moment by asking the president what his message for Americans was, and the president instead went on a tirade, it did nothing to halt the spread of coronavirus.

And if the media learned anything about it, it was soon forgotten. Within two weeks, the same press was praising Trump’s somber tone and serious behavior.

Tomorrow, he’ll do something that leaves the media appalled by his lack of societal norms, the same way he’s done repeatedly since he became president. And then the media will return again tomorrow and ask “have you no decency?” despite knowing what the answer will be.

Or you can ask him about Tiger King.

But only one of those questions—beneath the dignity of the chairs in the White House Press Room and unfit for the times we are living—understands what the president is qualified to pontificate on.