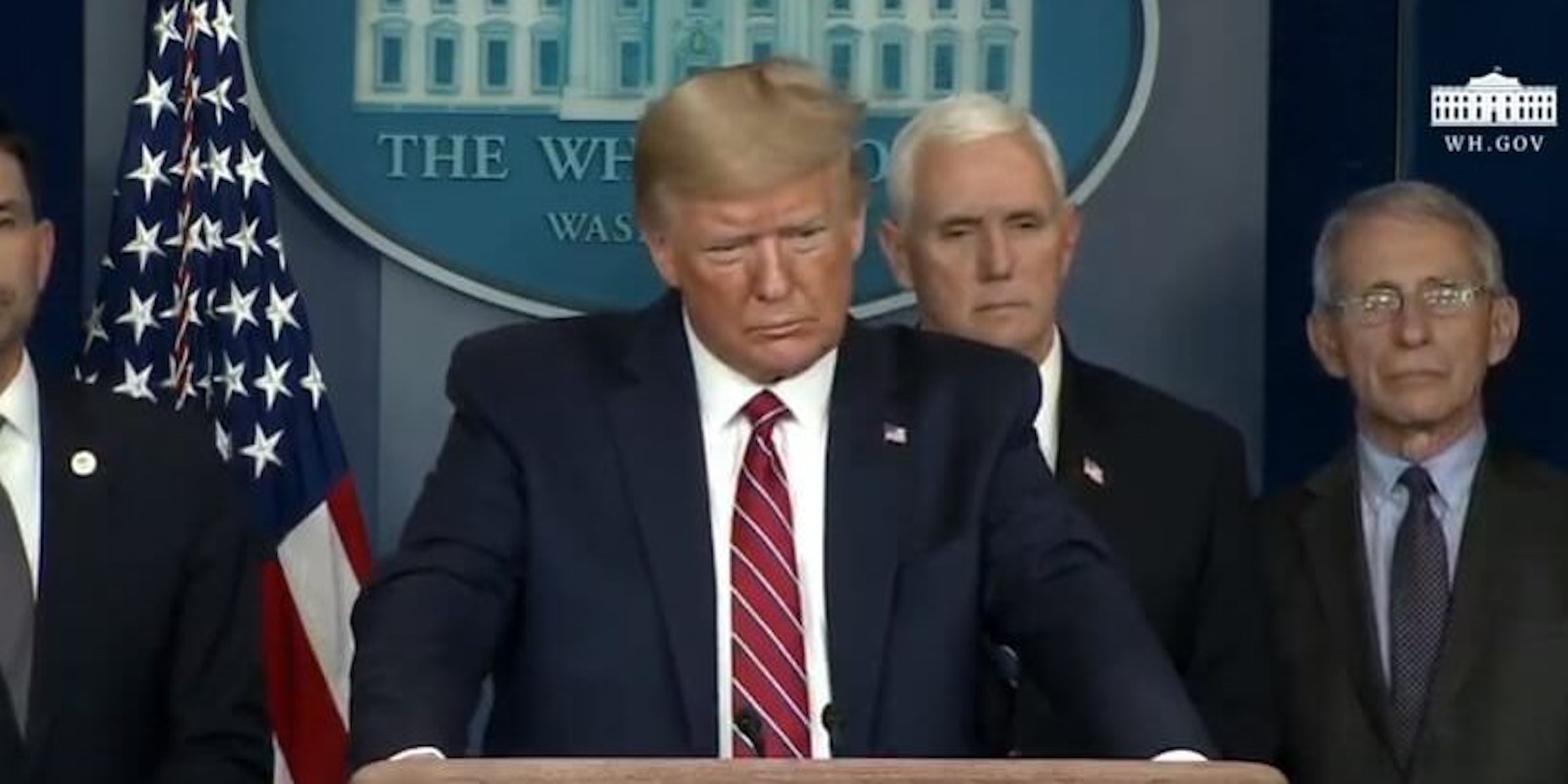 'That was like swinging and missing during Home Run Derby.'

During the briefing, NBC News’ White House correspondent Peter Alexander asked Trump about his claims yesterday that the FDA had approved a malaria drug to treat coronavirus, which the head of the FDA quickly corrected.

“Is it possible that your impulse to put a positive spin on things may be giving Americans a false sense of hope and misrepresenting preparedness right now?” Alexander asked.

Trump insisted that he was optimistic about the drug. Leading immunologist Dr. Anthony Fauci quickly noted that the drug hasn’t been clinically tested.

Alexander asked a second question when Trump got back on the podium. “What do you say to Americans who are scared, though, I guess, more than 200 dead, 14,000 who are sick, millions as you witnessed who are scared right now?

“What do you say to Americans who are watching you right now who are scared?”

“The American people are looking for answers and they’re looking for hope. And you’re doing sensationalism. And the same with NBC and Concast. I don’t call it Comcast. I call it Concast.”

Other members of the press tried to interject, but Trump wasn’t through.

“Let me just tell you something. That’s really bad reporting. You ought to get back to reporting instead of sensationalism.

“Let’s see if it works. It might and it might not. I happen to feel good about it. But who knows? I’ve been right a lot. Let’s see what happens.”

The exchange raced across Twitter. People were largely confused that Trump got angry over an easy question that was basically an opportunity for him to say something calming and presidential.

“That was like swinging and missing during Home Run Derby,” said one, to which someone responded, ” Worse, that was charging the mound during the derby.”

“In TV terms, we call this a softball. I was trying to provide the president an opportunity to reassure the millions of Americans,” Alexander said. “…This was his opportunity to do that, to provide a sort of positive and uplifting message.

“Instead, you saw the president’s answer to that question.”