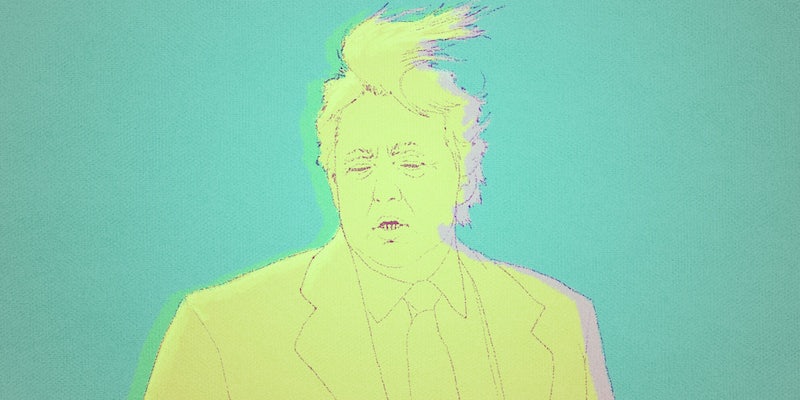 Pro tip: To make voters like you, don't call them rapists.

Donald Trump kicked off his presidential campaign by calling Mexican immigrants drug dealers, criminals, and rapists. Even so, he later told NBC News that he would “win the Latino vote” by focusing on economic issues.

A Gallup poll released earlier this week found that Trump faces a steep uphill battle on that front.

The Gallup survey, which polled 650 Hispanics, found that the current GOP front-runner faces a –51 percent favorability gap—yes, negative 51 percent—far and away the largest deficit of any Republican candidate. 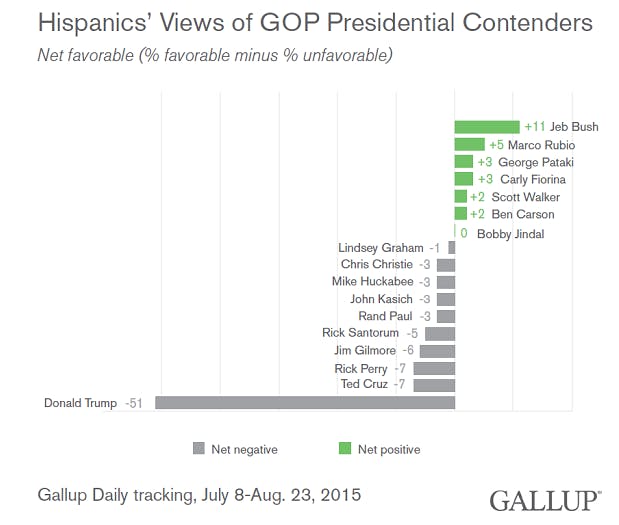 As it turns out, most Hispanics don’t appreciate it when a politician calls them rapists, especially when Mexican immigrants (both legal and undocumented) are statistically far less likely to commit sexual assault than whites.

Much of Trump’s nativist platform is couched in anti-immigrant rhetoric. His immigration plan, for example, advocates for an end to birthright citizenship. Trump also recently retweeted a comment about the Mexico-born wife of his rival for nomination, former Florida Gov. Jeb Bush, that insisted Bush “has to like the Mexican illegals because of his wife.”

Of all the candidates Gallup asked about in the poll, only Bush and Trump had name recognition above 50 percent. Bush, who is a fluent Spanish speaker, is doing the best among everyone in the GOP field in courting the Hispanic vote. In fact, Gallup notes, Bush’s favorability has jumped considerably during Trump’s ascendancy, likely as Hispanics see Bush as a more accommodating alternative. No other Republican candidate has seen similar movement with the group.

Interestingly, the two Cuban-American candidates in the Republican race are in diametrically opposed positions when it comes to courting the Hispanic vote. Florida Sen. Marco Rubio is in second place, with +11 percent favorability, and Texas Sen. Ted Cruz is in second-to-last place, at -7 percent.

While winning the Latino-American vote likely isn’t a major priority for the Trump campaign, there is some evidence that using anti-Latino sentiment among certain sectors of the Republican party will damage his chances in the general election next year, should Trump win the nomination.

A study released earlier this year by the opinion research firm Latino Decisions argued Republicans will need to receive at least 40 percent of the Latino vote in order to win the general election. However, depending on the makeup of certain battleground states, Latino Decisions argued that number could actually go as high at 47 percent.

President George W. Bush clear that hurdle in 2004 against his Democratic rival then-Sen. John Kerry by earning 44 percent of the Latino vote. The GOP’s share of the Latino vote has dropped precipitously in the years since. In 2012, former Massachusetts Gov. Mitt Romney only netted 23 percent.