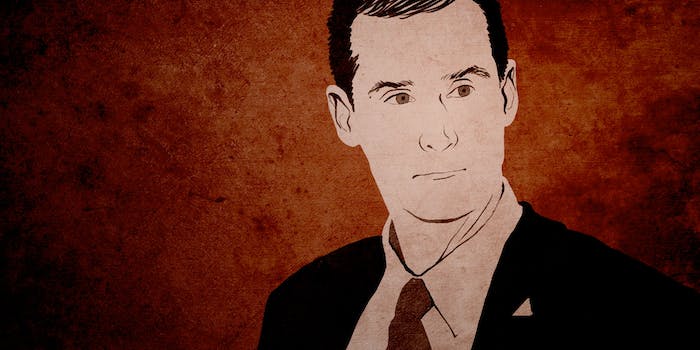 Insiders say he was fired from the Trump campaign.

Donald Trump’s campaign abruptly announced in a statement today that it is parting ways with campaign manager Corey Lewandowski.

“The Donald J. Trump Campaign for President, which has set a historic record in the Republican primary having received almost 14 million votes, has today announced that Corey Lewandowski will no longer be working with the campaign,” campaign spokeswoman Hope Hicks said in a statement to the New York Times. “The campaign is grateful to Corey for his hard work and dedication and we wish him the best in the future.”

Lewandowski has worked for the Trump campaign since its launch in 2015. However, in the course of his tenure, he’s been accused of being hostile toward members of the press on several occasions, including an incident in Florida in which he reportedly knocked former Breitbart reporter Michelle Fields to the ground. He was charged with battery in March, but those charges were dropped in April.

Following the incident, Trump stood by Lewandowski and tweeted that his campaign manager was not only innocent, but a “very decent man.”

Wow, Corey Lewandowski, my campaign manager and a very decent man, was just charged with assaulting a reporter. Look at tapes-nothing there!

Why aren't people looking at this reporters earliest statement as to what happened, that is before she found out the episode was on tape?

Indeed, many were surprised by Lewandowski’s sudden departure, given the close bond exhibited between the two. But the Trump campaign has faced renewed criticism in recent weeks, including a controversial response to the shooting in Orlando, Florida. Recent polls also show that Trump is behind presumptive Democratic nominee Hillary Clinton as the two head to the general election. News of Lewandowski’s departure also comes during the re-emergence of a Stop Trump movement led by a group of national delegates that are hoping to deny him the party’s nomination.

According to the Times, those briefed on Lewandowski’s exit said that he was fired and the circumstances of his departure went well beyond any particular incident or relationship. While many are unsure why Lewandowski was suddenly let go, one possibility is a strategic pivot to the general election. Trump reached 1,237 delegates last month, which made him the presumptive Republican nominee.

Amid the campaign shakeup, Bloomberg News reports that Trump will meet with key advisers and his family Monday to discuss a political strategy shift.

On Twitter, some of Trump’s campaign staff members expressed their excitement at the news.

The Trump campaign did not immediately respond to the Daily Dot’s request for comment.