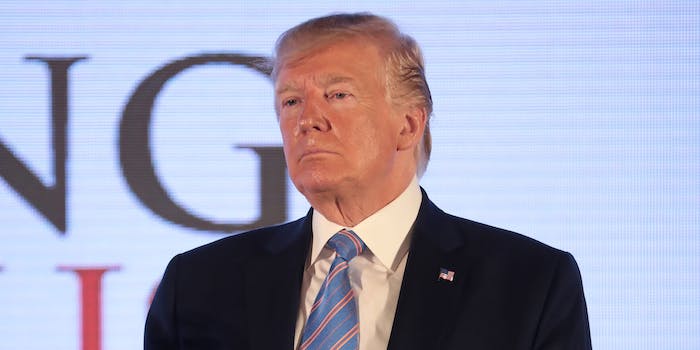 Looks like the identity of the anonymous author won't be a secret forever.

The anonymous author of A Warning said on Tuesday that President Donald Trump will hear from them ahead of the 2020 presidential election.

The author made the remarks during an “Ask Me Anything” (AMA) on Reddit on Tuesday. The moderators of the subreddit said they were told by the book’s publishers that the person answering questions on Tuesday was the author of A Warning.

During the lengthy discussion—which touched on what to expect if Trump wins in 2020 and whether proceeds of the book will be donated, among other things—the author was asked why they “have so little integrity” and why they will not “come out publicly and speak?”

That’s when the A Warning author declared that Trump will be hearing from them ahead of the 2020 election.

“Trump will hear from me, in my own name, before the 2020 election,” they wrote on Tuesday.

In response to another question, the author said they would reveal their identity in the future.